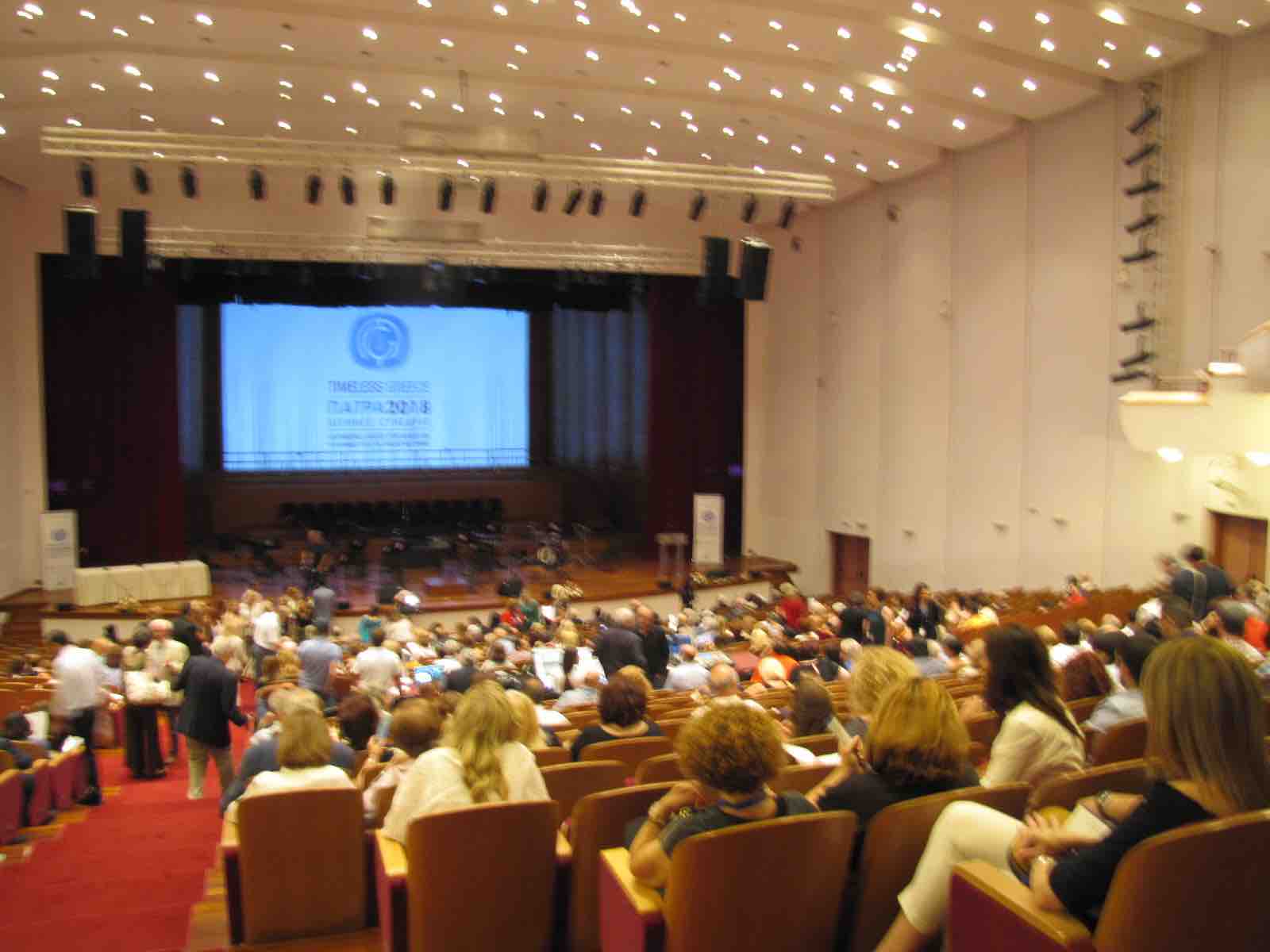 The interdisciplinary scientific conference “The Dramatic Changes on the Planet and the Hellenic Roots of Ecological Ethics”(www.timelessgreece.org) was jointly organized by the University of Patras and the Centre for Sciences and Hellenic Values, a non-profit organization with substantial support in the research efforts on ancient Greek philosophy, science and technology and ethical values. The Union of Greek Physicists, the Greek Mathematical Society and the Society of Greek Mythology were agencies also supporting the conference.

The conference covered a broad range of environmental ethical issues from climate change to pesticides to air pollution to cell phones to the roots of ethics in Greek philosophy. Several keynote speakers spoke about the health impact of electromagnetic radiation. 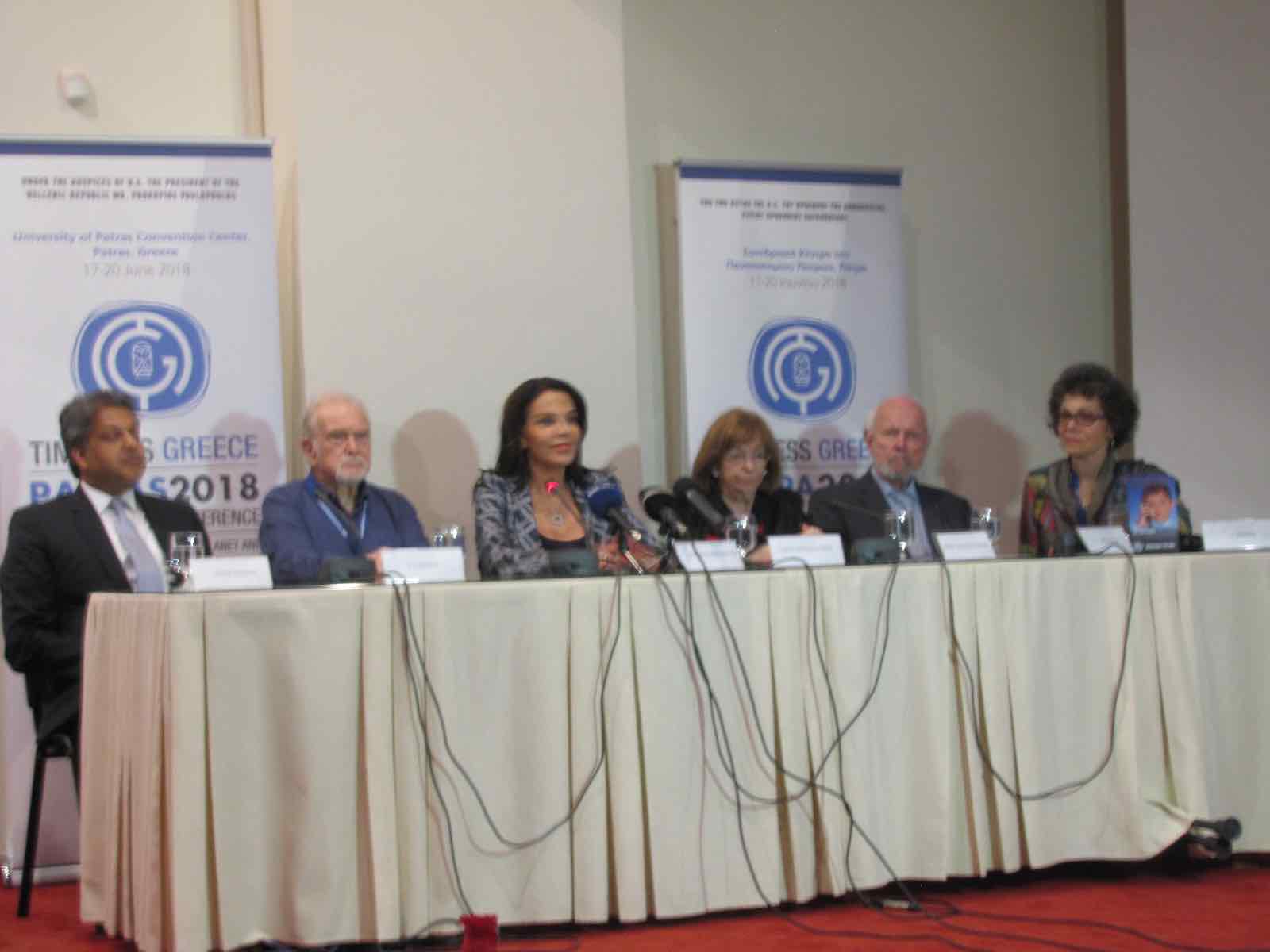 The conference made headline news in several newspapers. 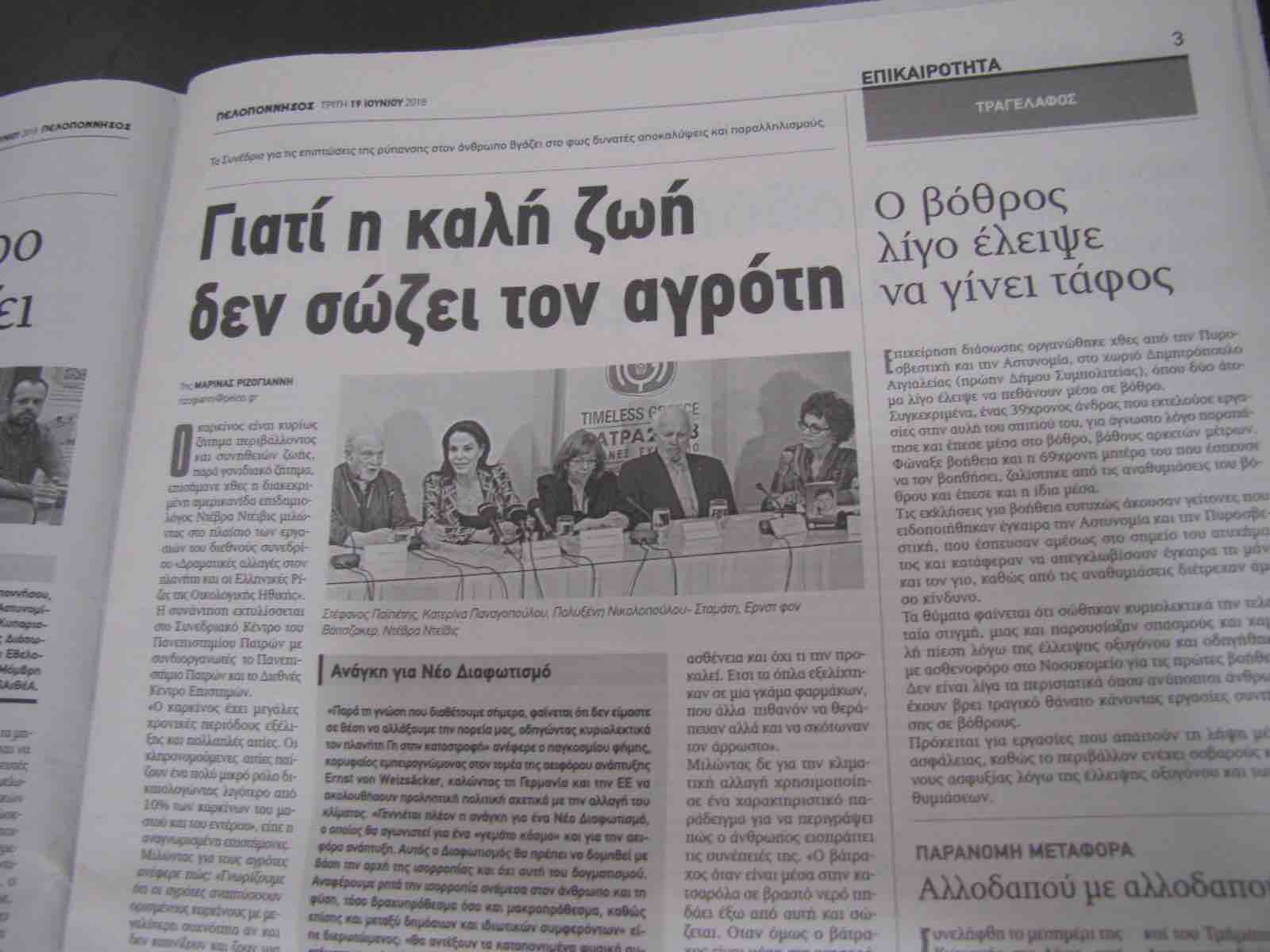 Kathimerini: US epidemiologist: ‘Genes give us the gun, environment pulls the trigger’ in cancer

“Genes give us the gun, while the environment pulls the trigger,” the prominent US epidemiologist Devra Davis told Kathimerini in an exclusive interview ahead of her speech at a conference titled “Dramatic Changes on the Planet and the Greek Roots of Ecological Ethics,” which took place at the University of Patra in southwestern Greece between June 17- 20.

“There is an appalling lack of information about avoidable causes of cancer, which is why we created the Environmental Health Trust. We are working to educate and motivate people about widespread health risks. When it comes to mobile phones and other wireless devices, evidence is growing in animals and humans showing that regular exposure over a lifetime increases the risk of many types of disease, including highly malignant and aggressive brain cancer.”