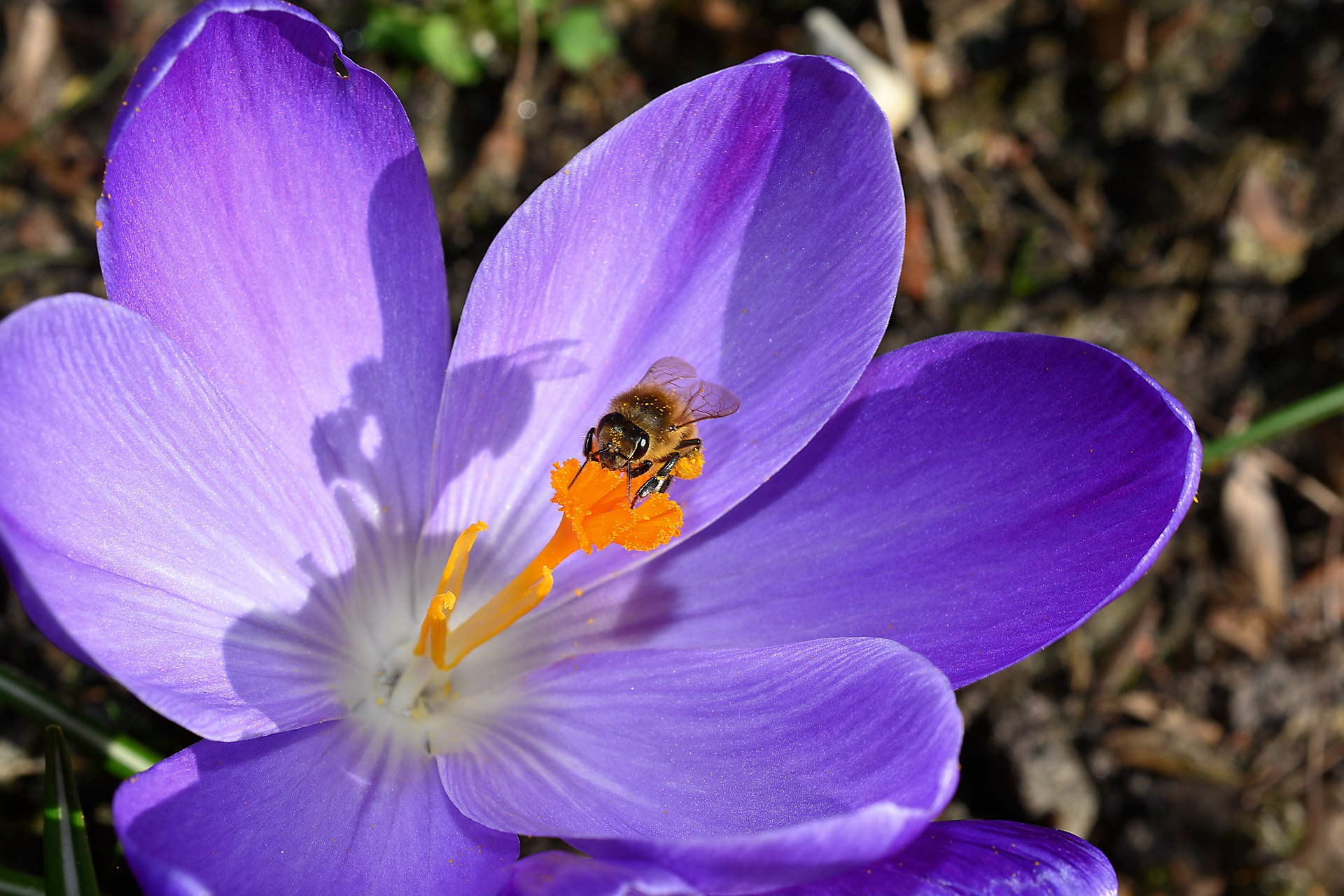 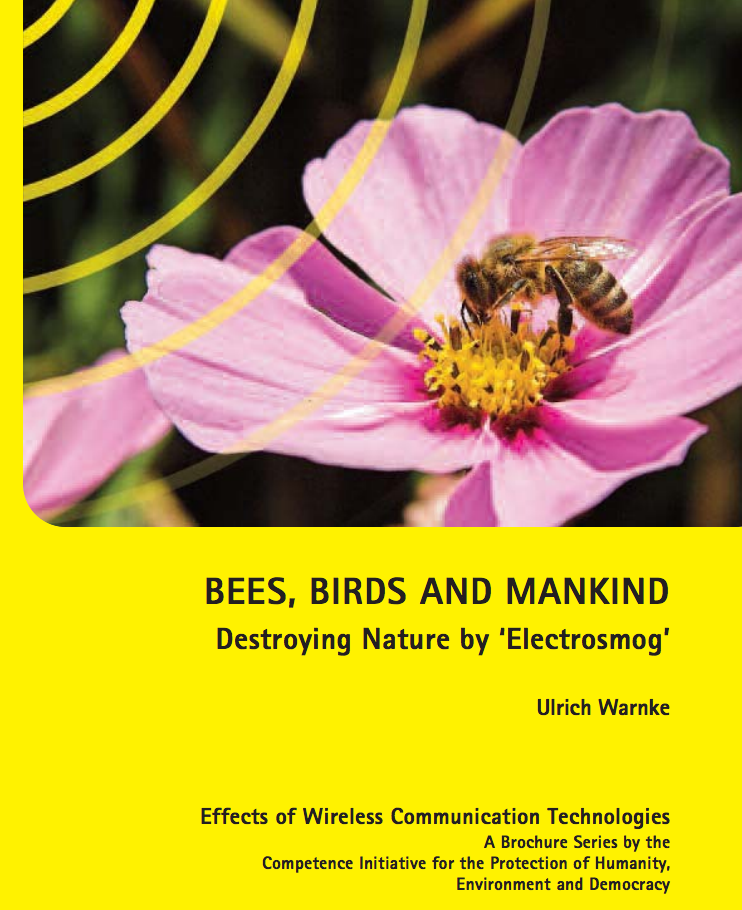 As Clarke et al. (2013) has reported, bees have a particular sensory modality which allows them to detect electric fields, and thus they are particularly susceptible to large amounts of electromagnetic radiation.

“Exposure of Insects to Radio-Frequency Electromagnetic Fields from 2 to 120 GHz” published in Scientific Reports is the first study to investigate how insects (including the Western honeybee) absorb the higher frequencies (2 GHz to 120 GHz) to be used in the 4G/5G rollout. The scientific simulations showed increases in absorbed power between 3% to 370% when the insects were exposed to the frequencies. Researchers concluded, “This could lead to changes in insect behaviour, physiology, and morphology over time….” (Thielens 2018)

A study to investigate the Western Honey Bee was completed in  2020 looking at honey bees in 5 stages of the life cycle (different developmental stages): worker, a drone, a larva, and a queen. The scientists simulated exposures to RE-EMF at various frequencies from frequencies in use now with 3G  and 4G to higher frequencies  that will be used in 5G. They  combined this information with with in-situ measurements of environmental RF-EMF exposure near beehives in Belgium in order to estimate o estimate a realistic exposure of honey bees at different developmental stages. The analysis shows that a relatively small shift of 10% of environmental incident power density from frequencies below 3 GHz to higher frequencies will lead to a relative increase in absorbed power of a factor higher than 3. “Assuming that 10% of the incident power density would shift to frequencies higher than 3 GHz would lead to an increase of this absorption between 390–570%. Such a shift in frequencies is expected in future networks.”(Thielens et al,. 2020)

The need to act is urgent. While more research is necessary to understand the full impact of RFR on bees and other insects, enough research has been performed to indicate an immediate need to reduce electromagnetic radiation exposures to protect the bee population and in turn, protect the environment.  As 5G will increase radiation exposures and use new higher frequencies shown to be highly absorbed into insects , scientists are calling for a moratorium on 5G.

Colony Collapse Disorder is thought to be caused by a combination of several factors including pesticides, chemicals and parasitic infection. Importantly, researchers have proposed that  the stress of ever increasing electromagnetic radiation exposure has weakened bee populations and added stress that then results in decreased ability to maintain their health when also exposed to increased pesticides, chemicals and infections. The bees resistance to environmental stressors is weakened by EMF exposure.

Chokshi, Niraj. “If Cell Phones Are Behind the Bee Decline, What Are They Doing to Humans?” The Atalantic (30 June 2010).

Derbyshire, David. “Why a mobile phone ring may make bees buzz off: Insects infuriated by handset signals.” Daily Mail (13 May 2011).

Cammaerts, Marie-Claire. “Is electromagnetism one of the causes of the CCD? A work plan for testing this hypothesis.” Journal of Behavior 2.1 (2017): 1006.

Goldsworthy, Andrew. “The Birds, the Bees and Electromagnetic Pollution: How electromagnetic fields can disrupt both solar and magnetic bee navigation and reduce immunity to disease all in one go.” (2009). 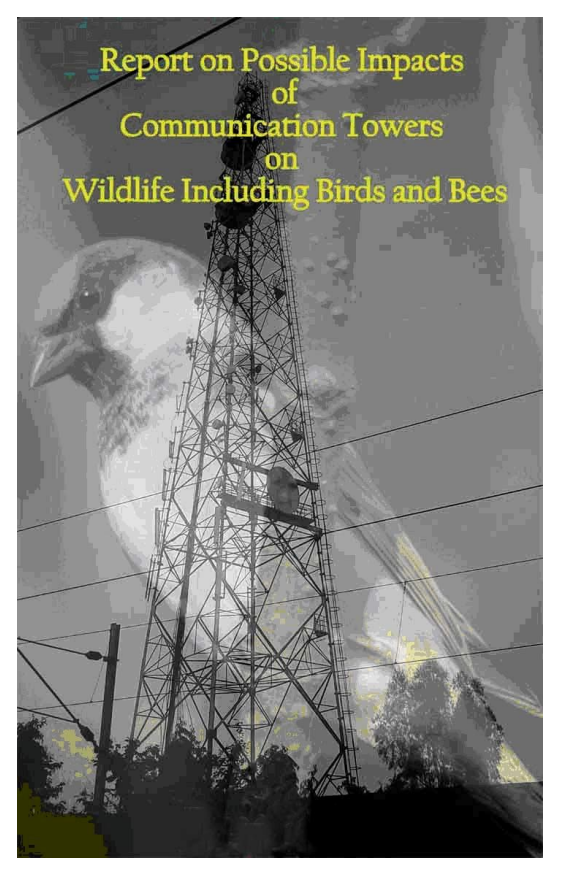 India Report: Expert Group to study the possible impacts of communication towers on Wildlife including Birds and Bees

“Report on Possible Impacts of Communication Towers on Wildlife Including Birds and Bees.”  Ministry of Environment and Forest, Government of India, 2010.

Sivani, S., and D. Sudarsanam. “Impacts of radio-frequency electromagnetic field (RF-EMF) from cell phone towers and wireless devices on biosystem and ecosystem – A Review.” Biology and Medicine, vol. 4, no. 4, 2012, pp. 202–16.

Warnke, Ulrich. “Birds, Bees and Mankind: Destroying Nature by ‘Electrosmog’.” Competence Initiative for the Protection of Humanity, Environment and Democracy 1 (2009).

“Briefing Paper on the Need for Research into the Cumulative Impacts of Communication Towers on Migratory Birds and Other Wildlife in the United States.” Division of Migratory Bird Management (DMBM), U.S. Fish & Wildlife Service, 2009.