Research on Industry Influence on EMF 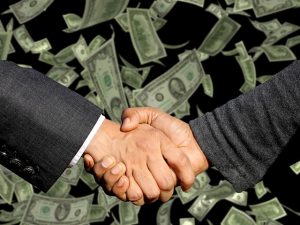 This page contains an ongoing list of published studies and reports on industry involvement in the science of EMFs. Please review the videos of scientists speaking on the issue at the bottom of this page.

Scientific analyses show industry funding can and does influence research on radiofrequency radiation. Please take the time to review each of these  studies and to review the documentation provided by experts. This webpage has published citations on the influence of industry and vested interests (scroll down).

Lennart Hardell MD,  an oncologist and cancer researcher who worked on DDT and Agent Orange in the 80’s and is not one of the pre-eminent researchers on cell phone and wireless radiation has published several papers on how the science of wireless is undermined by conflicts of interests, financial interests and politics of science (Hardell 2017, 2019,  2020).

Please also be aware of these investigative reports on industry influence which summarize the issue:

Investigate Europe’s Two Part Investigation on 5G: 5G The Mass Experiment (Part 1) and  How Much is  Safe? Finances Effect Research (Part 2) This must read  report in 2019 covers the 5G rollout and the history of industry influenced research on EMFS.

“At least three studies over the years have documented that there is often a link between conclusions of studies and the source of the money that paid for the research. Science funded by industry is less likely to find health risks than studies paid for by institutions or authorities….Studies which are solely financed by industry are likely to be biased” – Investigate Europe, 2019 Investigate Europe alleges the existence of an “ICNIRP cartel.” The journalists identified a group of fourteen scientists who either helped create, or defend, the EMF exposure guidelines disseminated by ICNIRP, a non- governmental organization (NGO) based in Germany. ICNIRP’s self-selected members argue that the thousands of peer-reviewed studies that have found harmful biologic or health effects from chronic exposure to non-thermal levels of EMF are insufficient to warrant stronger safety guidelines.  “The ICNIRP Cartel: Who’s Who in the EMF Research World,” an interactive graphic developed by Investigate Europe (German ICNIRP Cartel). Dr. Moskowitz PDF of ICNIRP Cartel

Is the industry aware of the health effects?  Yes. For example, the  2000 Ecolog report commissioned by T-Mobile and Deutsche Telecom MobilNet GmbH describes the the science showing biological effects from cell phone radiation including gene toxicity, cellular processes, effects on the immune system, central nervous system, hormone systems and connections with cancer and infertility. The report states that:

“Any study in my country which is funded by private industry, I am not going to accept it.”  Dr. R S Sharma, Indian government Senior Scientist, Deputy Director General & Scientist of the Indian Council of Medical Research
Documentation that ICNIRP and the EMF Project are connected to industry money.  Watch details of how radiation limits were developed in the documentary “A Radiant Day. ”  Microwave News, Microwave News Responds to Mike Repacholi November 17, 2016

“In May 2011 the International Agency for Research on Cancer (IARC) evaluated cancer risks from radiofrequency (RF) radiation. Human epidemiological studies gave evidence of increased risk for glioma and acoustic neuroma. RF radiation was classified as Group 2B, a possible human carcinogen. Further epidemiological, animal and mechanistic studies have strengthened the association. In spite of this, in most countries little or nothing has been done to reduce exposure and educate people on health hazards from RF radiation. On the contrary ambient levels have increased. In 2014 the WHO launched a draft of a Monograph on RF fields and health for public comments. It turned out that five of the six members of the Core Group in charge of the draft are affiliated with International Commission on Non-Ionizing Radiation Protection (ICNIRP), an industry loyal NGO, and thus have a serious conflict of interest. Just as by ICNIRP, evaluation of non-thermal biological effects from RF radiation are dismissed as scientific evidence of adverse health effects in the Monograph. This has provoked many comments sent to the WHO. However, at a meeting on March 3, 2017 at the WHO Geneva office it was stated that the WHO has no intention to change the Core Group.”

Pockett, S. Conflicts of Interest and Misleading Statements in Official Reports about the Health Consequences of Radiofrequency Radiation and Some New Measurements of Exposure Levels. Magnetochemistry 2019, 5, 31.

Carlberg, Michael and Lennart Hardell. “Evaluation of Mobile Phone and Cordless Phone Use and Glioma Risk Using the Bradford Hill Viewpoints from 1965 on Association or Causation.” BioMed Research International, vol. 2017, no. 9218486, 2017. Hardell and Carlberg analyze the current body of science- including the National Toxicology program results- with the Bradford Hill viewpoints to conclude that RF is a human carcinogen. They also point out that several scientific bodies have declined from acknowledging an increased risk for brain tumours from wireless phones. They explain how the same persons appear in these different expert groups and are therefore citing their own conclusions.

“It is striking how ICNIRP has infiltrated the WHO Monograph core group making it less likely that the conclusions in that Monograph will differ from ICNIRP’s conclusions.”
“There seems also to be conflict of interests among these members.”
Marino, Andrew A. and Simona Carrubba. "The Effects of Mobile-Phone Electromagnetic Fields on Brain Electrical Activity: A Critical Analysis of the Literature." Electromagnetic Biology and Medicine, vol. 28, no. 3, 2009, pp. 250-74. The article stated that with 87% of brain activity studies sponsored by the mobile phone industry, the issue of conflicts of interest cannot be ignored.
“Overall, the doubt regarding the existence of reproducible mobile-phone EMFs on brain activity created by the reports appeared to legitimate the knowledge claims of the mobile-phone industry. However, it funded, partly or wholly, at least 87% of the reports. From an analysis of their cognitive framework, the common use of disclaimers, the absence of information concerning conflicts of interest, and the industry’s donations to the principal EMF journal, we inferred that the doubt was manufactured by the industry. The crucial scientific question of the pathophysiology of mobile-phone EMFs as reflected in measurements of brain electrical activity remains unanswered, and essentially unaddressed.”
Huss, Anke, et al. "Source of Funding and Results of Studies of Health Effects of Mobile Phone Use: Systematic Review of Experimental Studies." Environmental Health Perspectives, vol. 115, no. 1, 2007, pp. 1-4. This 2007 systematic review examined whether the source of funding of studies of the effects of low-level radiofrequency radiation is associated with the results of studies and found  industry funded studies were substantially less likely to report effects.
“We examined the methodologic quality and results of experimental studies investigating the effects of the type of radiofrequency radiation emitted by handheld cellular telephones. We hypothesized that studies would be less likely to show an effect of the exposure if funded by the telecommunications industry, which has a vested interest in portraying the use of mobile phones as safe. We found that the studies funded exclusively by industry were indeed substantially less likely to report statistically significant effects on a range of end points that may be relevant to health. Conclusions: The interpretation of results from studies of health effects of radiofrequency radiation should take sponsorship into account.”
Starkey, Sarah J. “Inaccurate official assessment of radiofrequency safety by the Advisory Group on Non-ionising Radiation” Reviews on Environmental Health, vol. 31, no. 4, 2016. This review analyzes the Advisory Group on Non-ionising Radiation (AGNIR) 2012 report which guides Public Health England and details the inaccuracies,  omissions and conflict of interest“which make it unsuitable for health risk assessment”. The review states that the “executive summary and overall conclusions did not accurately reflect the scientific evidence available” and the “conflict of interest critically needs to be addressed for the forthcoming World Health Organisation (WHO) Environmental Health Criteria Monograph on Radiofrequency Fields”.

“The existence of sponsorship and publication biases should encourage WHO intervention to develop official research standards and guidelines. In addition, future research should address critical and neglected issues such as investigation of repeated, intensive and chronic exposures, especially in highly sensitive populations such as children.”
Hardell L., et al. "Secret ties to industry and conflicting interests in cancer research." American Journal of Industrial Medicine, vol. 50, no. 3, 2007, pp. 227–33.
“Another example of industry ties to research, but not one where there was a failure to disclose, involves the potential association between cellular phones and brain tumors. In 2002 the Swedish Radiation Protection Authority (SSI) hired two US epidemiologists to review published epidemiological studies on the relationship between the use of cellular telephones and cancer risk. They were Dr. John D. Boice, Jr. and Dr. Joseph K. McLaughlin from the private company International Epidemiology Institute (IEI).”
“A number of research projects have taken place at the Karolinska Institute, Stockholm with participation of Boice and McLaughlin, with a funding model through IEI. One of the studies was published in British Medical Journal [Nyre´n et al., 1998] with Adami as a co-author. A cohort of Swedish women with breast implants was studied with regard to connective tissue disease. No risk was found. Thanks to strict rules of stating conflicts of interest in the British Medical Journal it can be seen that the project was initiated by IEI, and that the funding from IEI was on behalf of Dow Corning, producer of silicon breast implants.”
Walker, Martin J. Corporate Ties That Bind: An Examination of Corporate Manipulation and Vested Interest in Public Health. Skyhorse, 2017. Corporate Ties that Bind is a collection of essays addressing corporations influence to the scientific discussion on the products they sell. Dr. Lennart Hardell’s Chapter in this book is titled, “Chapter 3:  A Battleground--From Phenoxyacetic Acids, Chlorphenyls and Dioxins to Mobile Phones--Cancer Risks, Greenwashing and Vested Interests.’

"‘Radiation Research’ and The Cult of Negative Results.” Microwave News, vol. 26, no. 4, 2006. This analysis reviewed a subset of health studies published in peer-reviewed scientific journals. They selected papers on microwave-induced genotoxicity and identified 85 radiofrequency (RF)/microwave-genotox papers published since 1990 and detail the following findings: 43 found some type of biological effect and 42 did not. 32 of the 35 studies that were paid for by the mobile phone industry and the U.S. Air Force show no effect. These make up more than 75% of all the negative studies. They looked at the journal Radiation Research which in over the last 16 years, only one positive paper on microwave genotoxicity has appeared and found:

Cellphone industry continues to control the safety message In the U.S., the industry has influenced science, regulators, public perception and government policy By Frontier Centre for Public Policy, Troy Media, May 16, 2019

GQ Magazine 2010, Warning: Your Cell Phone May Be Hazardous to Your Health

Investigate Europe : 5G The Mass Experiment (Part 1) and  How Much is  Safe? Finances Effect Research (Part 2) This must read  report in 2019 covers the 5G rollout and the history of industry influenced research on EMFS.

"Radiation scientists circumvent the agreement on independence"(2012)": Cosmos study  researchers repeatedly meet with industry.  "Maria Feychting, Professor of Epidemiology at Karolinska Institutet, KI, recently became Vice Chair of the Commission Icnirp, International Commission on Non-Ionizing Radiation Protection, which sets limits for mobile radiation and other electromagnetic fields.At the same time, she partly finances her research on health risks and mobile telephony via the telecom industry, which she openly reports in her declaration to Icnirp. Telia Sonera, Ericsson and Telenor contribute 50% of the cost of the Swedish part of the research project Cosmos (with over 50,000 mobile subscribers), to date approximately SEK 7 million.

"High-current media expert researched for the telecom industry's millions": Danish blog detailing how Maria Feychting has led a major mobile research project funded by three mobile giants with millions and is now being presented in Danish media as an expert.

The Center for Public Integrity

Oreskes, N., Conway, E. Merchants of Doubt: How a Handful of Scientists Obscured the Truth on Issues from Tobacco to Global warming. New York: Bloomsbury Press; 2011.

Aviv, R. A Valuable Reputation: After Tyrone Hayes said that a chemical was harmful, its maker pursued him. New York: The New Yorker; 2014.

The Center for Public Integrity. Breathless and Burdened.