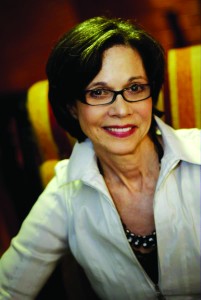 Dr. Devra Davis founded non-profit Environmental Health Trust in 2007 in Teton County, Wyoming to provide basic research and education about environmental health hazards and promote constructive policies locally, nationally and internationally. Currently Visiting Professor of Medicine at The Hebrew University Hadassah Medical School, Jerusalem, Israel, and Ondokuz Mayis University Medical School, Samsun, Turkey, Dr. Davis lectures at University of California, San Francisco and Berkeley, Dartmouth, Georgetown, Harvard, London School of Hygiene and Tropical Medicine and major universities in India, Australia, Finland, and elsewhere. She was Founding Director, Center for Environmental Oncology, University of Pittsburgh Cancer Institute, and Professor of Epidemiology at the Graduate School of Public Health (2004-2010).  She has also served as a Distinguished Visiting Professor at the London School of Hygiene (2002-03) and Tropical Medicine, and at the Yeshiva University, New York (1995-96), and as a Visiting Professor at Mt.Sinai School of Medicine (1983-2010), Oberlin College (2000-2001) and Carnegie Mellon University (1999-2004).

She has also authored more than 200 publications in books and journals ranging from the Lancet and Journal of the American Medical Association to Scientific American and the New York Times and has written blogs in Freakonomics, Huffington Post, Physicians for Social Responsibility, MomsRising, Oxford University Press and elsewhere. An award-winning scientist and writer, Davis’ work has appeared in more than a dozen languages.

She has authored three popular books. She was designated a National Book Award Finalist for When Smoke Ran Like Water: Tales of Environmental Deception and the Battle Against Pollution (2002, Basic Books). Her most recent book, Disconnect:The Truth About Cell Phone Radiation, What the Industry Is Doing to Hide It, and How to Protect Your Family, selected by TIME magazine as a top pick in 2010, received the Silver Medal from Nautilus Books for courageous investigation for the paperback edition in 2013, which was identified by Project Censored as “the news that didn’t make the news,” and is the subject of multi-media international policy-making attention–including special editions recently released in India and Australia.

Her book the Secret History of the War on Cancer was a top pick by Newsweek that influenced national cancer policy by the Cancer Association of South Africa, and is being used at major schools of public health, including Harvard, Emory, and Tulane University. Her book, Disconnect–the truth about cell phone radiation, forms the foundation for policy changes in Canada, Israel and elsewhere.

Dr. Davis also was the founding director of the Board on Environmental Studies and Toxicology of the U.S. National Research Council, National Academy of Sciences and the only woman to serve as Scholar in Residence, 1983-1993. Among the NAS reports she directed were those advising that tobacco smoke be removed from airplanes and the environments of young children.

Her award-winning career has spanned academia, public policy, and public service. President Clinton appointed the Honorable Dr. Davis to the newly established Chemical Safety and Hazard Investigation Board, (1994-99) an independent executive branch agency that investigates, prevents, and mitigates chemical accidents. As the former Senior Advisor to the Assistant Secretary for Health in the Department of Health and Human Services,  she has counseled leading officials in the United States, United Nations, European Environment Agency, Pan American Health Organization, World Health Organization, and World Bank and served as a member of the Board of Scientific Counselors of the U.S. National Toxicology Program, 1983-86 and various advisory committees to the U.S. Centers for Disease Control and Prevention. She also served as a U.S. delegate to the International Conference on Women in Beijing in 1996, the Johannesburg Conference on Sustainable Development in 1997, and other major international conferences.

Dr. Davis holds a B.S. in physiological psychology and a M.A. in sociology from the University of Pittsburgh, 1967. She completed a Ph.D. in science studies at the University of Chicago as a Danforth Foundation Graduate Fellow, 1972 and a M.P.H. in epidemiology at the Johns Hopkins University as a Senior National Cancer Institute Post-Doctoral Fellow, 1982.  She has served on a dozen doctoral committees and directed four post-doctoral fellows.

Honored for her research and public policy work by various national and international groups, she has been a Fellow of both the American Colleges of Toxicology and of Epidemiology. The Betty Ford Comprehensive Cancer Center and the American Cancer Society gave her the Breast Cancer Awareness Award.  She was commended by the Director of the National Cancer Institute for Outstanding Service, appointed a Global Environmental advisor to Newsweek Magazine, and Awarded the Woman of Distinction Award from The Conservative Jewish Women’s Organization. The Lemelson Center for Invention and Innovation of the Smithsonian Institution honored her as an innovator on the environment for which she gave a distinguished lecture in 1998.

The Intergovernmental Panel on Climate Change of the United Nations Climate Convention tapped her to serve as a Lead Author on their assessment of climate mitigation policies (1999-2005) and as a member of this panel she was a member of the team of IPCC scientists awarded the Nobel Peace Prize in 2007 with the Honorable Al Gore.

The recipient of a Women’s Leadership Exchange Compass Award, presented by OPEN: The Small Business Network from American Express, for breaking the paradigms of how women are perceived, Dr. Davis received the first Lisa Zhang Environmental Award from the United Nations in July 2008. In June 2009, Dr. Davis was honored with the Artemis Award presented by the Euro-American Women’s Council and the Greek Foreign Ministry in recognition of her outstanding contributions to science and public health policy. 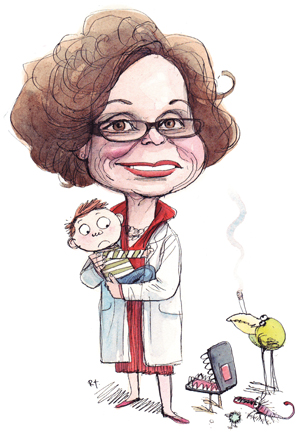 With her husband, economist Richard D. Morgenstern, Senior Fellow of Resources for the Future, she lives in Jackson Hole Wyoming where she is delighted to have visits with her five grandchildren. She is working on her new books, Disconnect–Can You Hear Me Now? (2016), Good Vibrations–the secret world of the body electric, 2017; and Living on the Cutting Edge–how a revolution in pathology is transforming medicine, 2018.

You can see or read recent interviews at Alternet, YouTube and University of Chicago. She is profiled by Robert Musil in Rachel Carson and Her Sisters, Extraordinary Women Who Have Shaped America’s 2014, who notes that “Her work is a crash course, made creative, yet credible, in the history of environmental health…”

Time Magazine: Cell-Phone Safety: What the FCC Didn’t Test:FCC guidelines on the safety of cell phones assumed that there would be a buffer between the device and your body.

Alternet: What the Cellphone Industry Doesn’t Want You to Know About Radiation Concerns: A leading expert on health effects from cellphone radiation goes to battle against a multi-trillion-dollar industry.

USA Today: The eZombie at your table: Column

Newsweek: The Science of Cell Phones and Cancer