The Italian Court of Ivrea rules telecom employee to be paid lifetimes damages for brain tumor developed after heavy cell phone use. 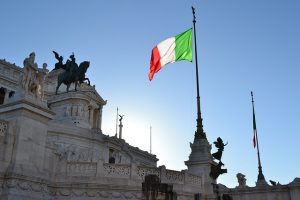 The Italian Court of Ivrea is the first Court in the world to recognize a causal link between cellphone use and brain tumors in an April 11, 2017 ruling which awarded a Telecom employee, Roberto Romeo, lifetime damages of 500 euros a month after he developed a brain tumor from fifteen years of cell phone use. The ruling which has made international headlines as the court’s expert refused to accept telecom industry funded studies as evidence.

“Judgment recognizes the causal link between a Brain tumor and the use of a cell phone”. This is quoted from the verdict issued by Judge Luca Fadda of the Court of Ivrea. The state social security agency must pay Romeo for the damages from the brain tumor which resulted in loss of hearing in one ear. He had used the company cellphone for three hours a day for 15 years.

“I had no choice but to use my mobile to talk to colleagues and organise work — for 15 years I was calling all the time, from home, in the car,” states Romeo as quoted in The Guardian, “I started to have the feeling of my right ear being blocked all the time and the tumour was diagnosed in 2010. Happily, it was benign but I can no longer hear anything because they had to remove my acoustic nerve.”

According to the Associated Press, “The Codacons consumer protection agency says it is considering a class-action based on the Romeo decision to have cellphones carry health warnings in Italy, and also to have the health risks associated with cellphone use recognized generally by Italy’s social security agency”.

The  court’s expert refused to accept into evidence studies that were funded by the telecom industry. Several peer reviewed published research studies have documented how funding is linked to the outcome on cell phone radiation studies. A 2017 literature review and meta-analysis of case–control studies published in Neurological Science found a significantly positive correlation between study quality and outcome with higher quality studies show a statistically significant association between mobile phone use and risk of brain tumour. The source of funding was found to affect the quality of results produced by the studies.

Renowned swedish researchers Michael Carlberg and Lennart Hardell just published a 2017 evaluation of epidemiology and laboratory studies and concluded that “RF radiation should be regarded as a human carcinogen causing glioma”.

Lawyers Stefano Bertone and Renato Ambrosio stated that “For the first time in the world, a court has recognised a causal link between inappropriate use of a mobile phone and a brain tumour.”

Carlberg, Michael and Lennart Hardell. “Evaluation of Mobile Phone and Cordless Phone Use and Glioma Risk Using the Bradford Hill Viewpoints from 1965 on Association or Causation.” BioMed Research International, vol. 2017, no. 9218486, 2017.

Carlberg, Michael and Lennart Hardell. “Evaluation of Mobile Phone and Cordless Phone Use and Glioma Risk Using the Bradford Hill Viewpoints from 1965 on Association or Causation.” BioMed Research International, vol. 2017, no. 9218486, 2017.
Prasad, M., et al. “Mobile phone use and risk of brain tumours: a systematic review of association between study quality, source of funding, and research outcomes.” Neurological Sciences, 2017.

Historical Judgment of the Tribunal of Ivrea: Using the Cellular Cause of Tumors April 20, 2017