2017: Cell Phones are banned in schools, colleges and even on playgrounds. 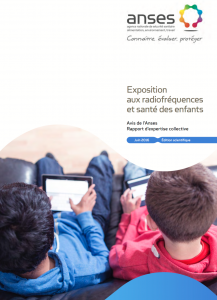 2016 ANSES Report “Radiofrequency Exposure and the Health of Children”

Recommendations of the Agency: ANSES recommends to “reconsider the regulatory exposure limits” to ensure “sufficiently large safety margins” to protect the health of young children:

The new report has made headlines across the country.

2016 National Decree No. 2016-1074 on the protection of workers against the risks arising from electromagnetic fields

French National Website Informs the Public About How To Reduce Exposure

Go to French Government Website which hosts the above 8 Ways To Reduce Exposure . You can click on the graphic to learn more.

Over 150 Cities in France have refused Smartmeters 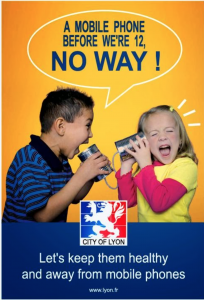 Removal of Wifi From French Cities and Buildings