“The Firefighters Wake Up Call to Us All” by Susan Foster RE: SB 649 Opposing Cell Towers in Rights of Way

THE FIREFIGHTER’S WAKE UP CALL TO US ALL

The next few days may signal a policy shift tipping point from which there is no return, and firefighters – forever on the front lines when it comes to health and safety – have a message for all of us through their proactive stance. The firefighters fought for an exemption to towers on their stations because years of living with cell towers has taught them lessons we should all heed.

An unprecedented bill, SB 649, is pending in the California Assembly that will be heard in the 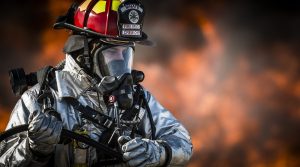 Committee on Communications and Conveyance on Wednesday, July 12. Many feel this is the last place to stop the bill. For Californians, check to see if your representative is on the Committee: http://acom.assembly.ca.gov/membersstaff. For a quick check as to who your representative is: http://findyourrep.legislature.ca.gov/ Urge your Assembly member to say NO on SB 649.

If it passes and becomes law effective January 1, 2018, nearly all cell towers may be sited by telecom carriers without any local control. An amendment was added to the bill at the 11th hour to grant a pass to macro towers, allowing cell towers of multiple shapes and sizes to be sited without cities or local residents having any say in the matter. For all the connectivity people have come to wish for, no one wants to wake up with a tower beaming at or looming over their home.

Prior to this expansive amendment, taking the proposed legislation from bad to Orwellian, Senate Bill 649 was designed to allow for rapid deployment of small cell towers to be placed every 5 to 10 homes without the local zoning procedures that have been guaranteed for 20 years by the Telecommunications Act of 1996. This expansion is part of the coming 5G infrastructure build out.

The industry-friendly California legislature may claim they know nothing about health concerns, but in fact they do. The legislature granted an exemption from SB 649 to the firefighters who have fought cell towers on their stations in court and in their cities for almost 20 years. Throughout California firefighters have long complained of often disabling symptoms from cell towers on their stations. Cities frequently rent out space on fire stations to add to city revenue. Firefighters live and sleep in the stations when on duty, and have experienced significant RF radiation exposure.

A 2004 SPECT brain scan study of firefighters in Central California found brain abnormalities in all the men tested, as well as delayed reaction time, lack of impulse control and cognitive impairment. None of the men worked HazMat, so chemical exposure was ruled out. All the firefighters tested had suffered from sleep disturbances, headaches, lack of focus and memory loss following installation of a tower adjacent to their station five years earlier. They sued the wireless company that told them the towers were perfectly harmless, but Sec. 704 of The Telecommunications Act of 1996 does not allow health to be taken into consideration when siting a tower, so the judge dismissed the lawsuit.

The fact is, we all deserve an exemption. Since the State’s granting of the exemption for fire stations implies acknowledgement of the health risk for firefighters, this begs the obvious question: What about the rest of us who are inherently more vulnerable – particularly the unborn, children, teens, those who are ill and disabled, and the elderly? We should all be allowed to retain local control and have as much say as possible to protect our communities and our families.

Susan Foster is a medical writer who has worked with firefighters on health, safety and policy with respect to cell towers on their stations since 2000. She organized a brain study of California firefighters in 2004 and was the original author of Resolution 15 passed by the IAFF in 2004. She is an Honorary Firefighters with the San Diego Fire Department.

“As firefighters and paramedics, we live in these firehouses. What effect will these towers have on us? What are the risks to our neighbors? It’s a no-brainer that LA County should at least have done a proper study before before putting 200-foot high-power microwave antennas on top of our heads.”

Watch him testify on this issue here.