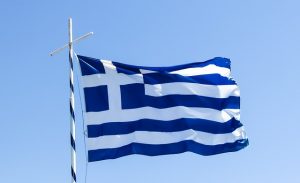 16 RULES FOR SAFER USE OF WIRELESS COMMUNICATION

The speakers contributing to this event were Dr. Theodore Metsis, a Mechanical, Electrical, Environmental Engineer, electro-smog specialist and author of the book “The Radiation of Technology”, Dr. Stella Canna Michaelides, Chemist, an expert on environment and health and President of the Cyprus Committee on Children’s Health and Environment, Stelios Zinelis MD, Vice President of Anti-Cancer Society of Cephalonia and Ithaka, Dr. Lucas Margaritis, professor of biology at the Athens University and lawyer Maria Flouraki. Coordinator of this event was Mr. Sotiris Rigakis MD, Honorary President and Past President of the Athens Medical Association.

George Patoulis MD, President of the Athens Medical Association, said that AMA, in emphasizing its role and duties as guardian for public health, has taken steps to encourage and promote this open discussion dealing with the delicate issues of electromagnetic radiation. Mr. Patoulis stressed that all local authorities and all medical associations are obliged to adopt and apply the best possible practices available in today’s world, aiming primarily at the protection of our fellow citizens.

In the general scope of the discussion under the title “Non-Ionizing Radiation and Its Effects on Human Health”, Professor Margaritis presented his recent proposal to the Ministry of Digital Affairs, a document that highlights health issues associated with wireless communication and the elevated levels of radiation in our modern society.

Dr. Stella Canna-Michaelidou presented the steps adopted by the Cyprus Government for children’s protection. She stressed the strong scientific evidence, special vulnerability and exposure of children and the risks from wireless communications and radio frequencies in all devices used by them. She called for awareness and education among health professionals, teachers and parents, and for new legislation or biological criteria to evaluate at least children’s exposure. Avoidance of mobile phone and WiFi in homes, schools, pediatric clinics, nurseries and playgrounds by children under 14 is necessary.

Dr. Metsis, among other health issues of wireless communication presented, emphasized the constantly increasing levels of radiation recorded today in many built up areas and cities—levels at which many doctors and scientists repeatedly raise alarms—the rising issue of electromagnetic hypersensitivity in a large number of citizens in most western countries, the setbacks of smart meter installation in private homes already exposed and the dangers of the completely unknown elements in the terahertz frequencies used in the new 5G technology.

In concluding this discussion, the Athens Medical Association agreed to issue and endorse a 16-clause recommendation, leading to safer use of the wireless communication in our everyday life. 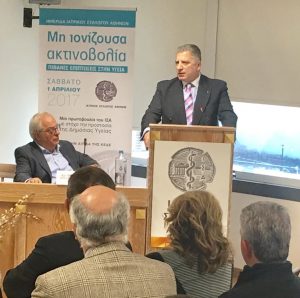