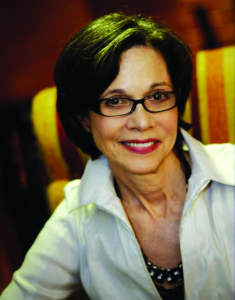 November 30, 2015:
Devra Davis PhD MPH delivered the Dean’s Lecture at Melbourne School of Engineering on November 30, 2015 entitled, The truth about mobile phone and wireless radiation: what we know, what we need to find out, and what you can do now. Speaking before the deans of the colleges of engineering medicine and law at the University of Melbourne on Monday November 30, 2015 visiting professor of medicine from the Hebrew University Hadassah Medical Center Devra Davis PhD, MPH revealed stunning new animations showing the greater exposure of the young developing brain to mobile phone radiation. Current standards for mobile devices are nearly 2 decades old, Davis told the interdisciplinary conference.

Discussing the complex policy history of mobile devices in her newly released book–Disconnect–the truth about mobile phone radiation– Davis explains that the nations of Israel, India and France–and other high tech countries–require that all devices be sold with headsets and safety information. In Belgium, it is against the law to sell or design mobile phones for children ages 7 and younger. 20 countries have enacted various precautionary policy to reduce cell phone exposure and protect public health. Secondary insurers will not insure companies against health damages from mobile phones and other wireless devices.

“As recognition grows about the need to produce products that emit the lowest amounts of radiation, opportunities to innovate in design and technology will expand greatly,” she added. Dr. Davis has been giving lectures across Australia this month and most recently was featured in the Australian 9JumpIn Today Show where she shared  scientists concerns about children  and detailed how families can reduce exposures.

Davis is calling for the creation of major public educational programs to inform the public about why and how to use technology safely. “The public needs to be informed that mobile devices emit a type of radiation which could have serious health consequences. As children are more vulnerable to this radiation, parents need to know how to reduce exposures and in their commmunity. Policy makers worldwide are taking policy actions to lower radiation levels in schools and in the community.” Davis states that  a two cents a month fee on every mobile or wireless device user, manufacturer and provider for a period of 8 years would create funding for training in bioelectromagnetics and engineering and would develop and support research.

The slides for this lecture can be viewed here.

Melbourne University Webpage on the Dean’s Lecture: The truth about mobile phone and wireless radiation: what we know, what we need to find out, and what you can do now

Hilary Harper Interviews Devra Davis On ABC 774 Primetime AM Radio In Australia. Click below to listen to the interview:

Dr. Davis is featured on The Today Show in the USA: The Today Show Pediatricians’ New Warning: Limit Children’s Exposure to Cellphones. View segment below: