WHAT YOU NEED TO KNOW: 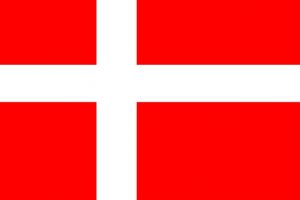 Note: This webpage lists supporting published documentation for all statements. Scroll down to see citations.

A cohort of cell phone “exposed” persons was established based entirely on two Danish telecom operating companies’ cell phone subscriptions from 1982 to 1995. Health records were reviewed and the exposed groups risk was compared to the corresponding risk within the rest of the adult population—with follow-ups published in 2002 and 2007 and 2011. This study found no evidence of any increased risk of brain or nervous system tumors or any cancer among mobile phone subscribers.

Corporate Users in the Control Group:

The supposedly unexposed control group was “contaminated” with these corporate cell phone users. The study authors even state, “Because we excluded corporate subscriptions, mobile phone users who do not have a subscription in their own name will have been misclassified as unexposed.”

Furthermore, because over two-thirds of the subscriptions began in 1994 and 1995, the majority of the cohort members had 2 years or less of subscription time.

Decade Long Users of Cell Phones In The “Unexposed” Group:

1995 was the cut-off year for establishing the cohort. The paper states, “individuals with a subscription in 1996 or later were classified as non-users.” Therefore, any person who bought a cell phone subscription after 1995 was placed in the control group. For example, say an individual within the study was diagnosed with brain cancer in 2007. If that person got their first phone in 1996 (one year after the Danish cohort cut-off) then that person would be considered as a non-exposed individual who developed brain cancer. Whereas, in reality, this individual was exposed to a cell phone for 11 years and developed brain cancer. In other words, all the individuals who acquired their first cell phone subscription after 1995 were misleadingly part of the “unexposed” control group.

The Danish Cohort Cell Phone and Cancer Study cannot be used as proof of no evidence.

John Boice PhD, scientific director of the IEI, was lead researcher of the Danish study, and as of 2017 he is President of the National Council on Radiation Protection and Measurements (NCRP). NCRP’s 1986 Report No. 086 – Biological Effects and Exposure Criteria for Radiofrequency Electromagnetic Fields was key to the development of US radiofrequency radiation guidelines, and NCRP staunchly supports the opinion that low-level radiation is not harmful. In 2014, NCRP officers pressured the US Center for Disease Control staff to retract cautionary recommendations about reducing exposure to cell phone radiation emissions.

IEI has consistently supported industry and is often funded to research health effects, by funds from the same companies that created the product or exposure being investigated. In 2007, the American Journal of Industrial Medicine published an article by Dr. Lennart Hardell, who documents the conflicts of interest and connections to the cellphone industry of the privately-owned IEI. IEI’s pro-industry stance is well known, and IEI scientists have put forth years of “documentation” that supports the “no proof of harm” stance claimed by various industries—such as with the herbicide glyphosate, breast implants, menthol cigarettes, uranium mining, and others. Until October 15, 2000, IEI listed “Corporate Counseling” and “Litigation Support” among the list of services published on its website.

As an example of this corporate commissioned science, IEI scientists Boice and McLaughlin published a study on the mortality of aircraft manufacturing workers and found “no clear evidence” (First in 1999 with a 2011 follow up). This study was funded by Lockheed Martin Corporation at a time when the aerospace firm faced “a slew of claims” related to health concerns.  Lockheed Martin already had paid $60 million to residents and $33 million to workers in confidential out-of-court settlements.  The company still claimed there was “no evidence.” Similarly,  after a  1999  University of California at Los Angeles  cohort study of workers at Boeing’s Rocketdyne/Atomics International facilities found a significantly elevated risk of lung cancer among workers, Boeing chose IEI and Boice to  lead  a  study  (funded by Boeing and the US Air Force) to confirm these findings. IEIs follow up study  failed to find “no convincing evidence”.  IEI has been referred to as a classic “Product Protection Firm”—a term used in the book Doubt Is Their Product.

PUBLISHED SCIENTIFIC ARTICLES ON THE FLAWS OF THE DANISH STUDY

“Another example of industry ties to research, but not one where there was a failure to disclose, involves the potential association between cellular phones and brain tumors. In 2002 the Swedish Radiation Protection Authority (SSI) hired two US epidemiologists to review published epidemiological studies on the relationship between the use of cellular telephones and cancer risk. They were Dr. John D. Boice, Jr. and Dr. Joseph K. McLaughlin from the private company International Epidemiology Institute (IEI).”

“A number of research projects have taken place at the Karolinska Institute, Stockholm with participation of Boice and McLaughlin, with a funding model through IEI. One of the studies was published in British Medical Journal [Nyre´n et al., 1998] with Adami as a co-author. A cohort of Swedish women with breast implants was studied with regard to connective tissue disease. No risk was found. Thanks to strict rules of stating conflicts of interest in the British Medical Journal it can be seen that the project was initiated by IEI, and that the funding from IEI was on behalf of Dow Corning, producer of silicon breast implants.” Hardell L., et al 2007

Levis, Angelo G., et al. “Mobile phones and head tumours. The discrepancies in cause-effect relationships in the epidemiological studies – how do they arise?” Environmental Health, vol. 10, no. 59, 2011.

Kundi, Michael. “Re: Cellular Telephone Use and Cancer Risk: Update of a Nationwide Danish Cohort.” Journal of the National Cancer Institute, Letter to the Editor, 2006.

Leszczynski, Dariusz. “Re: Use of mobile phones and risk of brain tumours: update of Danish cohort study.” BMJ, vol. 343, 2011.

Henshaw, Denis. “Mobile phone radiation could be detected by the human brain.” Review of Use of mobile phones and risk of brain tumours: update of Danish cohort study, by Frei, et al. BMJ, vol. 343, 2011.

Frey, Allan H. “On the Safety of Cell Phone Radiation.” Review of Use of mobile phones and risk of brain tumours: update of Danish cohort study, by Frei, et al. BMJ, vol. 343, 2011.

Morgan, Lloyd L. “The Danish Cellphone Subscriber Study on the Risk of Cancer Among Subscribers Is Fundamentally Flawed.” Review of Use of mobile phones and risk of brain tumours: update of Danish cohort study by Frei, et al. BMJ, vol. 343, 2011.

Scientists have repeatedly documented the flaws of the Danish Cohort Cell Phone and Cancer Study design and the financial ties between industry and the Danish Cohort Study. According to Dr. George Carlo—the epidemiologist who formerly headed the $28 million Wireless Technology Research program—“John Boice and his colleagues have been on the cell phone industry payroll, and for big money, since the late 1990’s. The money laundering vehicle is the International Epidemiology Institute…” Please see examples below.

Nilsson, Mona. “The EU-report SCENIHR a scientific fraud paving the way for business as usual.” 2015.

Leszczynski, Dariusz. “Scientific Peer Review in Crisis. The case of the Danish Cohort“. The Scientist, 2013.

“Critical Comments by Leading Experts on Danish Study Claiming to Find No Link Between Cell Phone Use and Brain Tumors.” Electromagnetic Health, 2011.

Morris, Jim. “Toxic Smoke and Mirrors: Overexposure to manganese has caused Parkinson’s-like symptoms for thousands of welders. So why does the welding industry still get a free chemical pass?” Mother Jones, 2008.

Schüz J, and C. Johansen. “A comparison of self-reported cellular telephone use with subscriber data: agreement between the two methods and implications for risk estimation.” Bioelectromagnetics, vol. 28, no. 2, 2007, pp. 130-6.