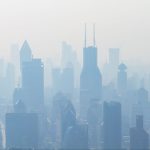 How Pollution Aggravates the Impact of Coronavirus 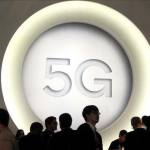 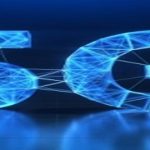 Australia Fires And Technology’s Climate Vampire: Why The Environmental Impact Of 5G Expansion Could Be Massive

This op-ed was originally published in International Business Times on January 5, 2020,  By Dr. Devra Davis   The ravaging fires of Australia’s drought-riddled bush provide a global warning. Amidst the largest mass evacuation in its history with no relief in sight, thousands of Australians are now forced to shelter-in-place, while others are crammed into seashores where […] 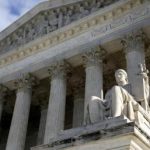 This op-ed was originally published in International Business Times on December 10, 2019  By Dr. Devra Davis  The Supreme Court on Monday rejected a free-speech challenge brought by the CTIA, telecom industry trade group, against a Right to Know law issued by the Berkeley California City Government that requires cell phone retailers to inform customers that phones emit […] 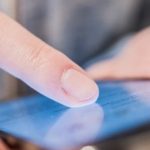 The Dangerous Push For More Technology In Schools

This op-ed was originally published in International Business Times on October 19, 2019  A legacy of President Lyndon Johnson’s Great Society, Title 1 schools, are located in some of the poorest neighborhoods in this nation. More than half of all schools in America are eligible for special funding to enhance educational programming and community engagement. Over half of the covered […]

Commentary: The FCC needs to update its cellphone tests for radiofrequency radiation

By DEVRA DAVIS Originally Published in the CHICAGO TRIBUNE | AUG 26, 2019 | 4:26 PM   The Chicago Tribune recently published test results indicating that some cellphones can emit radiation causing exposure up to five times higher than current limits allow. This shocking data comes on the heels of the government of France’s revelations that phones emit radiation between four and 11 […]

This op-ed was originally published on Medium. on June 14, 2019.   New Swiss Re Report Dubs 5G “Next Asbestos” Looks like the 5G network — touted as the next coming for the tech sector — could well share the fate of the Segway, that over-hyped, over-promised revolution in motorized personal transport that did not materialize. […]

This op-ed was originally published on Medium & curated on The Startup on Medium May 18, 2019.  Accusations of Russia lobbying are ricocheting around the media and have now been extended through a front-page article in the New York Times positing that scientists and consumer advocates calling to halt 5G have fallen under the spell of RT, a news […]