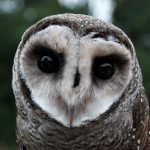 Botanist Report Links The Pulsed Microwave Radiation Emissions of Wireless Networks To The Disappearance and Exodus of Song Birds, Bats and Insects in Mt. Nardi

A report to UNESCO by botanist Mark Broomhall details the association between increasing amounts of electromagnetic radiation and species disappearance and exodus from the Mt. Nardi area of the Nightcap National Park World Heritage Area during a 15-year period (2000-2015.) Mt. Nardi has a tower complex, an installation of wireless antennas, that has steadily increased […]

“However, the electromagnetic radiation standards used by the Federal Communications Commission (FCC) continue to be based on thermal heating, a criterion now nearly 30 years out of date and inapplicable today.” In 2014 the Department of Interior Wrote A Letter On The  Impacts To Birds From Electromagnetic Radiation.  Some excerpts: “The second significant issue associated […] 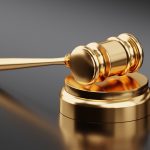 The Environmental Health Trust and a coalition of other commentators have filed a court appeal challenging the FCC’s order terminating its evaluation of the adequacy of FCC RF radiation limits.   Despite reams of scientific evidence showing serious biological effects at levels far below the existing FCC RF limits and evidence given by numerous individuals injured […]

EHT Takes Historic Legal Action Against the FCC Appeal filed after the FCC refuses to update their 24 year old wireless radiation limits.  Washington, DC – A group of scientists, consumer health nonprofits, and citizens filed a historic legal action against the FCC for its refusal to update its 24-year-old cell phone and wireless radiofrequency […]

Action Alert: Lawsuit Against the FCC

Lawsuit Against the FCC Your Support is Needed Now Please help support The Environmental Health Trust and a coalition of other commentators file a court appeal challenging the FCC’s order terminating its evaluation of the adequacy of FCC RF radiation limits.   Despite reams of scientific evidence showing serious biological effects at levels far below the […] 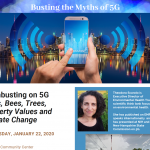 Mythbusting on 5G Birds, Bees, Trees, Property Values and Climate Change  The Environmental Effects of 5G and “Small Cell” Antennas in Your Front Yard   When: January 22, 2020 Where: Potomac Community Center, 11315 Falls Rd, Potomac, MD  Time: 7-9 PM Are the 100 Cities/Towns/Regions that  have signed official resolutions to halt 5G part of […] 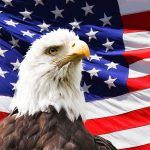 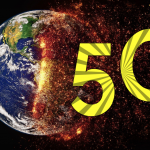 Climate Change, 5G and the Internet of Things  Download and share our Factsheet on 5G, Energy Consumption and Climate Change here. This factsheet is hyperlinked to research studies and a great resource to raise awareness. The unbridled energy consumption of our wireless revolution, 4G, 5G and the Internet of things is contributing to climate change. […]

United States of America National 5G Resolution An Urgent Call for a Moratorium on 5th Generation Wireless  Technologies Pending Safety Testing  Press Release and Signatory list can be found here. Doctors or health practitioners who want to sign onto  this letter please email EHT at [email protected] To:  Donald Trump, President of the United States of […] 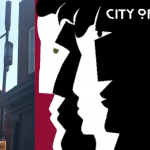 Key Points for Berkeley Telecom Ordinances WiRED recommendations Nov. 4, 2019 Cities known to have adopted each point are in parentheses. Ordinances are hyperlinked. FCC CLAUSE:  Include a clause voiding relevant sections of the ordinance, or requiring modification, in the event of a regulatory change or overturning of the FCC Order (see report by Next Century Cities)  Laws, […]