The American Academy of Pediatrics

The American Academy of Pediatrics (AAP), the largest US medical association of pediatricians and pediatric specialists, recommends that the US government tighten wireless exposure limits and that the public reduce children’s exposure to cell phones and other devices that emit wireless radiation. The AAP also cautions that cell tower radiation is linked to headaches, sleep problems and depression in scientific research studies.

“They’re not toys. They have radiation that is emitted from them and the more we can keep it off the body and use (the phone) in other ways, it will be safer,” said Jennifer A. Lowry, M.D., FAACT, FAAP, chair of the AAP Council on Environmental Health Executive Committee in the AAPs press release on the NTP Study Results. 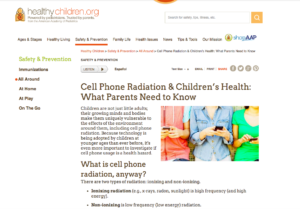 “The findings of brain tumors (gliomas) and malignant schwann cell tumors of the heart in the NTP study, as well as DNA damage in brain cells, present a major public health concern because these occurred in the same types of cells that have been reported to develop into tumors in epidemiological studies of adult cell phone users,” stated Ronald L. Melnick, PhD, the National Institutes of Health toxicologist who lead the NTP study design and senior advisor to the Environmental Health Trust. “For children the cancer risks may be greater than that for adults because of greater penetration and absorption of cell phone radiation in the brains of children and because the developing nervous system of children is more susceptible to tissue-damaging agents. Based on this new information, regulatory agencies need to make strong recommendations for consumers to take precautionary measures and avoid close contact with their cell phones, and especially limit or avoid use of cell phones by children.”

In 2012, the American Academy of Pediatrics (AAP) strongly supported the Cell Phone Right to Know Act H.R. 6358, federal legislation that would have informed the American public that wireless devices expose consumers to radiofrequency microwave radiation exposures. This legislation would have authorized the US government to review the scientific research on biological effects, initiate research on electromagnetic fields and develop safety standards by the Environmental Protection Agency.

“An Egyptian study confirmed concerns that living nearby mobile phone base stations increased the risk for developing:

The official position of the AAP is documented in three letters they sent to government officials. The letters describe children’s unique vulnerability to wireless radiation and call on the federal government to review and tighten radiation standards for wireless devices in order to protect pregnant women and children’s health. In 2012, the AAP sent a letter in support of the newly proposed federal legislation referred to as the Cell Phone Right to Know Act. In 2012, the AAP wrote a letter to the Federal Communications Commission calling for it to open up a review of radiofrequency limits. In 2013, after the FCC opened up “Reassessment of Exposure to Radiofrequency Electromagnetic Fields Limits and Policies” the AAP submitted a letter with their official comment.

In 2012, the AAP published Pediatric Environmental Health, the AAP Textbook of Children’s Environmental Health and Chapter 41 is about Electromagnetic Fields. The AAP website HealthyChild.org informs the public about cell phone and wireless radiation and cell tower radiation. In 2016, the AAP issued a press release about the carcinogenic findings from the NIH National Toxicology Program Studies and issued new recommendations with 10 ways to reduce children’s exposure to wireless radiation.

The American Academy of Pediatrics recommendations are highlighted in this Factsheet and Postcard on children and wireless radiation. 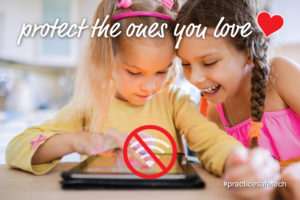 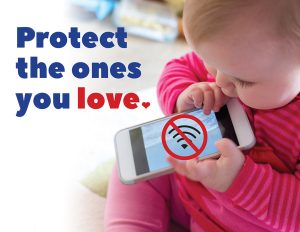