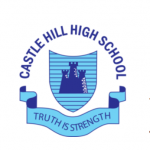 “The Castle Hill motto is “Truth is Strength” and this community has certainly lived up to their words,” stated Theodora Scarato, Executive Director of Environmental Health Trust. She pointed out that the high school’s action is in line with expert medical recommendations that include the Vienna Medical Association’s Ten Medical Rules for Cell Phones, the Athens Medical Association’s 16 recommendations to reduce exposure, the American Academy of Pediatrics ten steps to reduce cell phone radiation exposure, the Cyprus National Committee on Environment and Child Health’s public service announcements for children, teens and pregnant women . “Over 250 scientists are calling for urgent action and policy changes to protect the public. Castle Hill High School has applied these public health expert recommendations to their everyday life. It will not be long before such prudent common sense recommendations are common policies found in schools across the world.”

This information is in a PDF here and found online at Castle Hill High School here.

Without doubt mobile phones are very useful devices.  The P&C have paid due attention to the substantial evidence that has emerged over the recent years indicating that their use must be controlled – more importantly in children.  It is clear that we must train ourselves to become smart users of our “smartphones” in particular, in order to minimise the negative side associated with them. For example, the addictive behaviour is a risk to children and adolescents that gets in the way of learning and socialising.

We are concerned about the emerging evidence for adverse effects of mobile phones on children’s mental and physical health.  When reputable scientific bodies have issued warnings and government health agencies of some other countries have already started awareness-raising campaigns/taken measures (please see appendix for full details) to reduce children’s exposure to microwave radiofrequency electromagnetic radiation (RF-EMR) from mobile phones and other wireless devices, it is clearly prudent to follow the Precautionary Principle to protect children.

Fact – wireless devices including mobile phones emit microwave radiation (RF-EMR). Human exposure to RF-EMR has increased by more than a billion-fold over the last few decades. Recent scientific evidence has confirmed that currently permitted levels of RF-EMR can cause various effects on living cells including damaging DNA (e.g. National Toxicology Program (NTP) of the USA).

The following points are shared in the hope of encouraging safer and more responsible use of mobile phones by students.  The Precautionary Principle should be instituted when using a mobile phone or any wireless device. Note there is no proof of safety with these devices.