FOR ALL SAN FRANCISCO SCHOOLS

The United Educators of San Francisco (UESF) has approved going forward with a resolution for safer technology next semester at a joint health committee with the San Francisco Unified School District.

The resolution became official as of May 23rd, 2018 and the “Resolution on Enhancing Technology Safety in San Francisco Unified School District” and press release be found on UESF website. 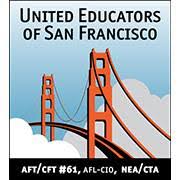 While the science pertaining to technology safety is still evolving, a 2018 RF study by the US National Toxicology Program found exposed rodents developed malignant gliomas, a type of brain cancer, as well as heart tumors and DNA damage. This raises concern regarding long-term exposure to wireless technology and high use of cell phones.

Sarah Aminoff, a San Francisco educator who presented the resolution to the Executive Board of the United Educators of San Francisco, states, “Published and peer-reviewed research has found cell phones and Wi-Fi can impact the brain, the Cleveland Clinic recommends reducing exposure due to their research that found impacts to the reproductive system.  This is not just about our educators, what about our students whose physiology is still developing?”

The resolution draws upon both the California Department of Public Health (CDPH) cell phone guidelines released in December, and other best practices being established for public schools.

The CDPH fact sheet indicates, “Children may be more at risk for harm from exposure to RF energy.” The CDPH Director Karen Smith stated,  “Simple steps, such as not keeping your phone in your pocket can help reduce exposure for both children and adults.”

Since 2016, the Maryland State Children’s Environmental Health and Protection Advisory Council has advised schools to reduce RF to “as much as feasibly practical, without negatively impacting education.”

UESF acknowledges its responsibility to “Improve the terms and conditions under which adults and children work and learn.”

The resolution, expected to be on the Labor-Management Health and Safety Committee agenda for review and planning of next steps, calls for:

WHEREAS, cell phones emit radiofrequency energy when they send and receive signals to and from cell towers, and

WHEREAS, cell phone usage in the United States continues to increase, especially among children, and

WHEREAS, the science surrounding the emission of radio-frequency energy from cell phones has not reached a level of consensus within the scientific community, and

WHEREAS, current research is suggesting long-term high usage of cell phones and the concomitant exposure to the energy emitted by those cell phones may impact human health, and

WHEREAS, the developing brains of children and adolescents may be more affected than others by cell phone use, and

WHEREAS, the California Department of Public Health, in December of 2017, issued guidelines on reducing exposure to radiofrequency energy from cell phones, including (1) keeping cell phones away from your body, (2) reducing or avoiding use of cell phones when it is sending out high levels of RF energy, (3) not sleeping with the cell phone in your bed or near your head, (4) removing a headset when not directly on a call, and (5) do not rely on “radiation shields” or other products claiming to block RF energy, electromagnetic fields or radiation from cell phones, and

WHEREAS, the science in this area is still evolving, enough concern exist that implementing simple steps can reduce exposure for children, adolescents and adults, and

WHEREAS, the public school district in Ashland, Massachusetts, through its own review of the matter, has instituted district-wide “best practices for mobile devices” aimed at reducing wireless radiation exposures, and

THEREFORE, BE IT RESOLVED that UESF place this matter as an agenda item for discussion in the UESF/SFUSD Labor-Management Health and Safety Committee at the first meeting of the committee following passage of this resolution, and

THEREFORE, BE IT FURTHER RESOLVED, that said agenda items will include (the discussion of the CA DPH guidelines for reducing exposure to RF energy from cell phones, (2) the development and dissemination of SFUSD best practices for the reduction of RF energy, (3) recommend that all students and families have access to the CA DPH guidelines via the SFUSD Student/Family Handbook, and the posting of the CA DPH guidelines in every classroom (see attached) and (4) encourage the use of Ethernet connections (via adaptors, not WiFi) when possible, in our schools, and

THEREFORE, BE IT FURTHER RESOLVED that UESF publicize to its members, via e-mail blast (including a link to the CA DPH guidelines) and via publication with the union’s newspaper, the CA Department of Public Health guidelines for reducing exposure to RF energy from cell phones, and

THEREFORE, BE IT FINALLY RESOLVED, that UESF urge its members to follow the CA DPH recommendations in their personal and professional use of devices emitting radio frequency energy.

This Resolution can be found on UESF website at http://www.uesf.org/san-francisco-educators-pass-resolution-calling-for-safer-technology-standards-for-all-san-francisco-schools/

Read more about the precautionary policy on EMF in the USA and worldwide.

Resolutions and Actions Passed by US Unions Regarding Cell Phone, Wireless and Health

The resolution became official as of May 23rd, 2018 and the resolution and press release be found on UESF website.