Commentary: The FCC needs to update its cellphone tests for radiofrequency radiation

The FCC needs to update its cellphone tests for radiofrequency radiation 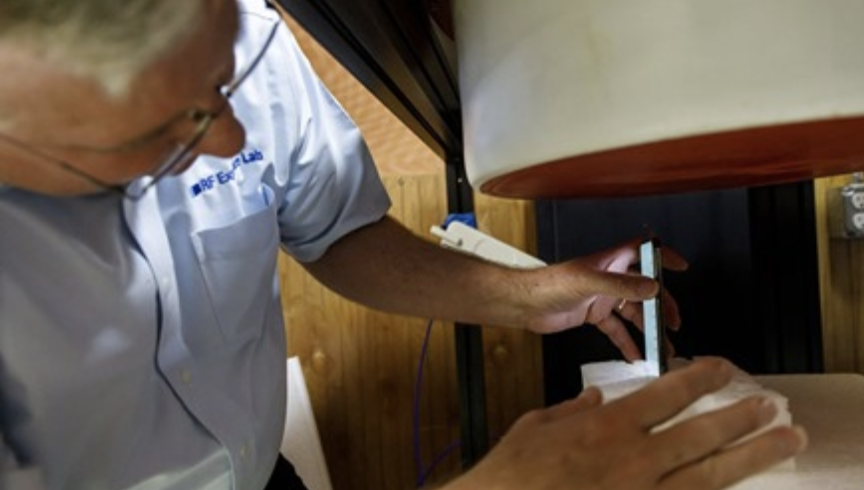 The Chicago Tribune recently published test results indicating that some cellphones can emit radiation causing exposure up to five times higher than current limits allow. This shocking data comes on the heels of the government of France’s revelations that phones emit radiation between four and 11 times their allowable limits.

For more than a decade, the Federal Communications Commission has knowingly relied on unrealistic test methods to evaluate radiofrequency radiation from a single phone selected for testing by major manufacturers. Repeated submissions and presentations to the FCC have documented numerous deficiencies in the current protocol, as noted in 2012 by theGovernment Accountability Office in a report mandated by Congress.

The system for testing cellphones constitutes a deceptive, improbable, unrepresentative and far-fetched scenario. As the Tribune documents, phones are placed up to 1 inch away from a phantom body of a heavy-set large man. This scheme fails to take into account the thinner skulls, developing immune systems and more vulnerable eyes of millions of infants, toddlers and young children for whom contact with phones has become commonplace.

FCC regulations for phone testing were first set in 1996 when a gallon of gasoline cost $1.25 and the average cellphone cost a staggering $2,000, which equals roughly $3,200 today after adjusting for inflation. These expensive phones were used chiefly for business, medical and military purposes, with a typical call duration of six minutes.

It is astonishing that FCC Chairman Ajit Pai, leading an agency with no expertise in health, recently declared that current limits for exposure to cellphone wireless radiation do not need to be updated. This breezily offered press statement shows a reckless disregard for science, ignores the ever-growing volume of independent scientific research indicating serious risks of harm to the environment and public health, and also ignores the Chicago Tribune independent test results.

As the scientific research submitted to the agency shows, the FCC’s 20th-century standards were not set to protect us from known biological impacts of increased, and increasing, 21st-century radiofrequency radiation.

Would the American public agree to fly on airplanes or drive cars that adhered to safety or emissions standards set 20 or 30 years ago, disregarding necessary improvements that could be made? The FCC is proposing adherence to outdated test systems.

As the Tribune test results indicate, the old system relies on computer simulations that cannot represent the ever-increasing number of infants and toddlers for whom cellphones have become play toys — a point repeatedly made by the American Academy of Pediatrics in recommendations to the agency that it revamp testing to reflect these proliferating exposures.

The grounds on which the Food and Drug Administration determined that results from a 2018 $30 million National Toxicology Program cellphone radiation study are not relevant to humans remain a mystery. The NTP study was designed by Swiss engineers to mimic human exposures as precisely as possible. Levels of cellphone radiation in this study did not produce heat, yet did induce cancer, significant damage to the heart and significant damage to several other organs.

In contrast to the FCC’s stale position, the federal government in France has progressed with modern legislation that requires steps be taken to limit children’s exposure, removing Wi-Fi from kindergartens, labeling cellphone radiation and ensuring headsets are available. France has banned cellphone use in elementary and middle schools, including playgrounds. France’s national testing agency decided to radiation test hundreds of cellphones, and in 2015 found 9 out of 10 phones tested next to the body emit more radiation than regulations allowed. Researchers have computed the excesses are up to 11 times U.S. limits. France is systematically recalling and changing test procedures for millions of phones as a result of these findings, which were brought to light by Marc Arazi, a French physician.

Most people are unaware phones can violate radiation limits at body contact. Why isn’t the FDA labeling cellphones and wireless devices? Why are manufacturer recommendations to keep phones off the body buried within operating system details that few people read?

For more than a decade the Cleveland Clinic has advised men who wish to father healthy children to remove phones from their pockets because there is growing evidence that current exposures damage human sperm quality and quantity. Sterility and infertility continue to rise in many countries. While factors accounting for this are complex and numerous, exposures to wireless radiation are certainly relevant.

The small nation of Cyprus provides one model of what can be done when independent expert medical advice is heeded. Cyprus has an awareness campaign running full-page ads on public buses. It also features one of the world’s first hospitals to remove Wi-Fi from the pediatric units and pediatric intensive care.

It is no accident that the FCC has floated its consequential proposal — to stick with its outdated standards — in the midst of the summer doldrums when Congress and schools are out of session. Congress should demand a full and frank accounting of the FCC’s flawed system.

Devra Davis holds a doctorate and a master’s of public health, is a fellow at American College of Epidemiology and is president of Environmental Health Trust.