What does the American Cancer Society say about wireless radio-frequency (cell tower and cell phone) radiation ?

What does the American Cancer Society say about wireless radio-frequency (cell tower and cell phone) radiation ?

“A study by the US National Toxicology Program (NTP) exposed groups of lab rats to types of RF energy used in cell phones. The rats were exposed for about 9 hours a day, starting before birth and continuing for up to 2 years. Partial findings from this study showed increased (although still low) risks of brain and heart tumors in male rats exposed to RF radiation, although there was no increased risk among female rats. Some aspects of this study make it hard to know what these results might mean for people, but the results add evidence to the idea that RF radiation might potentially impact human health.” 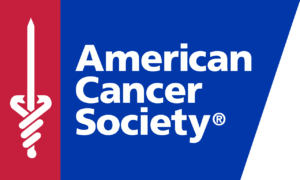 “The NTP report linking radiofrequency radiation (RFR) to two types of cancer marks a paradigm shift in our understanding of radiation and cancer risk. The findings are unexpected; we wouldn’t reasonably expect non-ionizing radiation to cause these tumors. This is a striking example of why serious study is so important in evaluating cancer risk. It’s interesting to note that early studies on the link between lung cancer and smoking had similar resistance, since theoretical arguments at the time suggested that there could not be a link.” -Otis W. Brawley, M.D., The American Cancer Society Chief Medical Officer in ACS Responds to New Study Linking Cell Phone Radiation to Cancer posted on May 27, 2016 after the NTP results were released.

2009 Lecture at Cell Phones and Health Conference: In 2009 Michael Thun, Vice President of the American Cancer Society, lectured on cell phone radiation and cancer risk and detailed how it would take decades before definitive evidence is found in the general population due to the slow growing nature of brain cancer but that early signs would be seen in increases in gliomas.