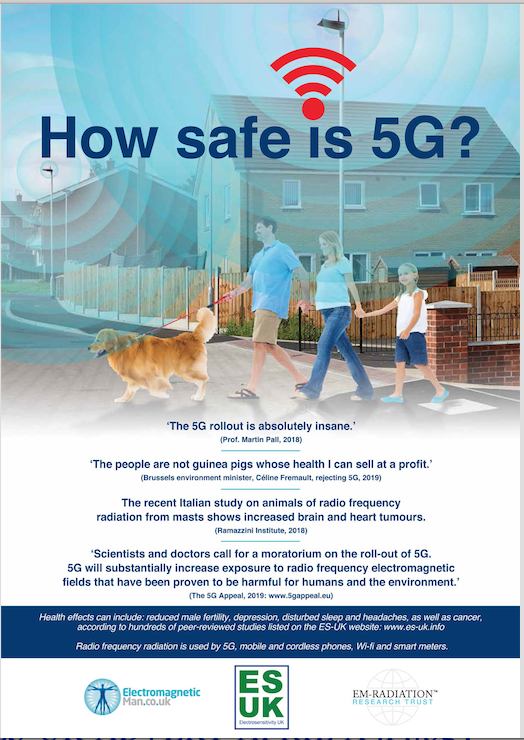 In response to the ruling, Electrosensitivity wrote: “The ASA requires mainstream majority science, which the poster provided. The ASA’s ruling then discounted this majority mainstream viewpoint by adopting a minority view based on unsubstantiated and non-peer-reviewed claims of the small cartel supporting the wireless industry.”

The 2020 ban was covered by these news outlets:

2018: An ad was banned on the health impacts of cell phones.

In 2017 Michael Bevington, Chair of Trustees, Electrosensitivity UK stated, “I am very concerned that a commercial group like the ASA is trying to prevent people being given accurate scientific information on health risks from mobile phones, phone masts and Wifi. There is ever increasing scientific evidence from world experts and authorities about cancer risks and cardiovascular, fertility and neurological harm from these wireless devices. The ASA lacks scientific expertise in this area of health and should not try to censor substantiated scientific evidence about the harm from wireless devices.

Read about the first ad in a press release here.

how safe is 5G