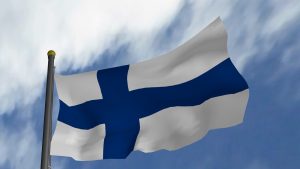 In the Fiskars primary school located in Raasepori in Southern Finland parents have long struggled against Ipad and Wifi based learning. They couldn’t prevent the installation of Wifi hot spots, but their struggle resulted in a compromise: in every class room there is a switch by which the radiation emitting hot spot can be turned off.

Most parents and teacher of the Fiskars school opposed the plan of Raasepori city administration to use tablets and microwave based wireless network in the school. Their critical stand was based on the recommendations of the Council of Europe, documented health risks, pedagogy, the limitations of tablets as computers, and the desire to keep children’s screen time reasonable.

In spring 2016 names were collected to a petition demanding postponement of the Wifi and tablet school project. The petition was signed by parents whose children are in Fiskars school now or will be in the near future. As the city was not forthcoming to the demand of parents and teachers, they suggested a compromise: let us install switches to the Wifi hot spots so that there wouldn’t be radiation when tablets were not in use. City officials initially maintained that installing the switches is technically impossible but in December 2016  switches were installed to every classroom.

Before the switches were installed the wireless microwave network was on 24/7 as in numerous other schools in many countries. Now, the Wifi Hotspot is generally turned off. The teacher turns it on only when tablets are used and the Internet connection is needed. The switches are set on a timer which turns it automatically off after 30 or 60 minutes so that you cannot accidentally leave the hot spot radiating for a long time.

Teachers have been satisfied with the new switches and  find the installation of the switches sensible especially considering that in the first grades tablets are only rarely used.

The city administration did not support the project financially but after long negotiations it gave permission for the installation of the switches by a professional electrician and  financed by a local child welfare association.

Resources Cited by the Parents

The resolution 1815 of the Parliamentary Assembly of the European Council adopted in 2011 ”The potential dangers of electromagnetic fields and their effect on the environment”   states: ”The Assembly recommends that the member states of the Council of Europe … for children in general, and particularly in schools and classrooms, give preference to wired Internet connections, and strictly regulate the use of mobile phones by schoolchildren on school premises;” http://assembly.coe.int/nw/xml/XRef/Xref-DocDetails-EN.asp?FileID=17994&lang=EN

The International EMF Scientist Appeal signed by 224 scientist from 41 nations. All of these researchers have published peer-reviewed papers on the biological or health effects of non-ionizing radiation. According to the appeal these effects include “increased cancer risk, cellular stress, increase in harmful free radicals, genetic damages, structural and functional changes of the reproductive system, learning and memory deficits, neurological disorders, and negative impacts on general well-being in human” https://www.emfscientist.org/index

See these other videos from parents around the world working to eliminate and reduce wireless exposure to children in schools.