From time to time people ask, “what are the studies I should share with people who state that there is “no evidence?” On this page we have a small sampling of studies that are the evidence. To read more about 5G andcell towers please go to our 5G research page or cell tower research page. 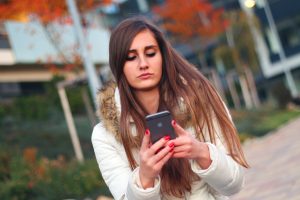 The NTP studies found that high exposure to RFR used by cell phones was associated with:

Report confirms that Canadians who have used cellphones for 558 hours or more have more than a doubled risk of brain cancer. These important findings strengthen the association between glioma, an aggressive brain cancer, and cell phone use.

Carlberg, Michael and Lennart Hardell. “Evaluation of Mobile Phone and Cordless Phone Use and Glioma Risk Using the Bradford Hill Viewpoints from 1965 on Association or Causation.” BioMed Research International, vol. 2017, 2017.

When considered vis a vis deductive public health principles, the combined evidence from epidemiology and laboratory studies indicate that meningioma and glioma in the temporal lobe can be considered to be caused by cumulative RF radiation exposure. Experimental findings that RF increases production of reactive oxygen species suggest a potential mechanism.

Grell, Kathrine, et al. “The Intracranial Distribution of Gliomas in Relation to Exposure From Mobile Phones: Analyses From the INTERPHONE Study.” American Journal of Epidemiology, vol. 184, no. 11 2016, pp. 818-28.

Similar to earlier results, we found a statistically significant association between the intracranial distribution of gliomas and the self-reported location of the phone. When we accounted for the preferred side of the head not being exclusively used for all mobile phone calls, the results were similar.

Elevated HR (decreased survival) for the most malignant glioma type, astrocytoma grade IV, was found for long-term use of mobile and cordless phones. Highest HR was found for cases with first use before the age of 20 years.

No association with brain tumours was observed when comparing regular mobile phone users with non-users, however, the positive association was statistically significant in the heaviest users when considering life-long cumulative duration and number of calls for gliomas. Risks were higher for gliomas, temporal tumours, occupational and urban mobile phone use.

Data from 3 major cancer registries demonstrate increased incidences of glioblastoma multiforme in the frontal lobe, temporal lobe, and cerebellum, despite decreased incidences in other brain regions. Although this may represent an effect of diagnostic bias, the incidence of both large and small tumors increased in these regions.

Authors found suggestions of an increased risk of glioma in long-term mobile phone users with high RF exposure and of similar, but apparently much smaller, increases in meningioma risk.

This study confirmed previous results demonstrating an association between mobile and cordless phone use and acoustic neuroma.

In general, ORs were not greater in subjects who reported usual phone use on the same side of the head as their tumour than in those who reported it on the opposite side, but it was greater in those in the 10th decile of cumulative hours of use.

Risk of a tumour on the same side of the head as reported phone use was raised for use for 10 years or longer (OR = 1.8, 95% CI: 1.1-3.1). The study suggests that there is no substantial risk of acoustic neuroma in the first decade after starting mobile phone use. However, an increase in risk after longer term use or after a longer lag period could not be ruled out.

The overall odds ratio for acoustic neuroma associated with regular mobile phone use was 1.0 (95% confidence interval = 0.6-1.5). Ten years after the start of mobile phone use the estimates relative risk increased to 1.9 (0.9-4.1); when restricting to tumors on the same side of the head as the phone was normally used, the relative risk was 3.9 (1.6-9.5).

The main finding of this register based study was an increasing incidence of thyroid cancer in Sweden during the whole study period 1970–2013 in both women and men, although not statistically significant in men. In both genders the incidence increased during the more recent study period, from 2001 in women and from 2005 in men.

Our results suggest a relation between long-term and heavy cellular phone use and parotid gland tumors. This association was seen in analyses restricted to regular users, analyses of laterality of phone use, and analyses of area of main use.

MOBI-Kids, a multinational case–control study, investigates the potential effects of childhood and adolescent exposure to EMF from mobile communications technologies on brain tumor risk in 14 countries. This manuscript discusses the design of MOBI-Kids and describes the challenges and approaches chosen to address them.

The NTP studies found that high exposure to RFR used by cell phones was associated with:

Numbers of tumors of the lungs and livers in exposed animals were significantly higher than in sham-exposed controls. In addition, lymphomas were also found to be significantly elevated by exposure.

In a study examining the association between prenatal cell phone use and hyperactivity in children, researchers found that mice exposed in-utero were hyperactive and had impaired memory, and in addition, recordings of excitatory postsynaptic currents revealed that these behavioral changes were due to altered neuronal developmental programming.

The neuronal effects of  835 MHz RF-EMF on the cerebral cortex of the mouse brain at 4.0 W/kg for 5 hours/day for 12 weeks included induction of autophaygy genes, production of proteins, accumulation of autolysosome, demyelination in cortical neurons and hyperactivity-like behavior.

Researchers report a four case series of women-ages from 21 to 39-with multifocal invasive breast cancer, all which regularly carried their cell phones against their breast for up to 10 hours/day for several years, had no family history of breast cancer, tested negative for BRCA1 and BRCA2, and have highly similar case pathology and morphology.

Following a systematic review and meta-analysis to determine whether exposure to RF-EMR emitted from mobile phones affects human sperm quality, researchers found that exposure to mobile phone was associated with reduced sperm motility and overall quality.

RF-EMR in both the power density and frequency range of mobile phones (1.8 GHz covering a SAR range from 0.4 to 27.5 W/kg) were shown to enhance mitochondrial reactive oxygen species generation, decrease the motility and vitality, stimulating DNA base adduct formation and ultimately cause DNA fragmentation within the human spermatozoa

Researchers observed significant increases in serum 8-hydroxy-2′-deoxyguanosine levels and 8-hydroxyguanosine staining in the testes of the experimental group indicating DNA damage due to exposure (p < 0.05) and effects on enzyme activity.

This paper reviews proteomic experimental and clinical evidence that EMF acts as a male-mediated teratogen and contributor to infertility.

Researchers concluded that compared to individuals with no exposure, 50-minute cell phone exposure was associated with increased brain glucose metabolism in the region closest to the antenna.

Authors document how behaviors in autism spectrum conditions may emerge from alterations of electrophysiological oscillatory synchronization, how EMF/RFR could contribute to these by de-tuning the organism, and policy implications of these vulnerabilities.

Results showed that the total number of Purkinje cells in the cerebellum of the EMFG was significantly lower than those of CG (p<0.004) and SG (p<0.002), suggesting that long duration exposure to 900 MHz EMF leads to decreases of Purkinje cell numbers in the female rat cerebellum.

Results demonstrate that exposure to 900 MHz EMF radiation for 28 days can significantly impair spatial memory and damage BBB permeability in rat by activating the mkp-1/ERK pathway.

Kostoff, Ronald N., and Clifford GY Lau. “Combined biological and health effects of electromagnetic fields and other agents in the published literature.” Technological Forecasting and Social Change vol. 80, no. 7, 2013, no. 1331-49.

The present study examined the scope of the combined effects; i.e., identified effects on biological systems from combined exposure to electromagnetic fields/radiation and at least one other agent, concluding that EMF health impacts increase substantially when EMFs function as co-promoters and thus inclusion of co-promoters is essential for modeling real-world effects.

The results suggest that simultaneous exposure to lead and RF from mobile phone use was associated with increased ADHD symptom risk, although possible reverse causality could not be ruled out.

EMF Can Interfere with Memory and Cognition

The present study focused on the possible gender-related effects of Wi-Fi electromagnetic fields (EMF) on the attention and working memory operations of the brain, concluding that Wi-Fi exposure may exert gender-related alterations on neural activity associated with the amount of attentional resources engaged during a linguistic test.

The data suggest that visual information processing mechanisms in hippocampus, perirhinal and entorhinal cortex are gradually malfunctioning upon long-term daily exposure, a phenotype that persists for at least 2 weeks after interruption of radiation, returning to normal memory performance levels 4 weeks later.

Authors describe historical and recent concerns raised about the possible biological effects of nonionizing radiation of many different types on humans or other organisms, detailing these effects and possible mechanisms behind their induction of cellular damage.

In conclusion, our analysis demonstrates that low-intensity RFR is an expressive oxidative agent for living cells with a high pathogenic potential and that the oxidative stress induced by RFR exposure should be recognized as one of the primary mechanisms of the biological activity of this kind of radiation.

Results support the proposed model of excitation by low-level microwave radiation based on the influence of water polarization on hydrogen bonding forces between water molecules, caused by this the enhancement of diffusion and consequences on neurotransmitters transit time and neuron resting potential.

If the peak spatial SAR (psSAR) is modeled in the entire head, as current testing standards recommend, the results for adults and children are equivalent, however the present study uses  anatomically based evaluations which rely on Finite-difference time-domain simulations of different tissues within the brain, which confirm that the psSAR in a child’s brain is higher than in an adult’s brain and thus higher doses are likely to have more severe implications in the young brain.

Researchers indicate that the existing cell phone certification process is outdated and greatly underestimates the SAR for typical phone users, especially children, and thus call for a new certification process that incorporates different modes of use, head size, tissue properties, and anatomically based models.

Researchers found that the basic restriction on the SAR(wb) is occasionally exceeded for children, up to a maximum of 45% in small children. The maximum SAR(10g) values, usually found at body protrusions, remain under the limit for all scenarios studied.

The psSAR simulations in heterogeneous models (adult and child) show higher levels in the children model. The possible reasons for the higher SAR estimated in the child head model compared with adult model can be due to different reasons (e.g. thinner skull, higher dielectric parameters, smaller dimensions, etc.).

Authors discuss the differences between exposure and tissue absorption and re-examine the results presented by Foster and Chou. Based upon the review, authors suggest an alternative interpretation of the published literature.