Many celebrities, movie stars and singers are aware of the health risks and they decrease cell phone and wireless radiation. Please see here a few examples of famous people speaking on this issue. We have included links to sources so you can click to read the full article.

Kourtney Kardashian has removed WiFi and other sources of radiation from her home.

“She has a WiFi/radiation-free home, she’s taken up a strict stance on plastic, and her children always eat carefully prepared organic, gluten-free, dairy-free meals. With those regulations in place, it should come as no shock that Kourtney Kardashian also does not believe in the use of microwaves.”

Refinery29, “THIS Is The One Kitchen Appliance Kourtney Kardashian Refuses To Use”, 27 March 2017

Gwyneth Paltrow has published multiple articles on wireless radiation and health on goop, her online lifestyle brand and blog.

“It’s almost impossible to remember a time without smartphones, which makes it equally easy to forget that the technology is still relatively new, with safety requirements that, for the most part, are generally untested. The scientific community’s rumblings about brain cancer and the new-to-us affliction “electro-sensitivity” are worth exploring, at the very least, so we tapped three experts in the field—Dr. David Carpenter, Ann Louise Gittleman, and Devra Davis—to help us understand the complicated and messy world of cell phone and WiFi safety.”

Goop: Read the Q&A with Dr. Devra Davis, “Devra Davis on Wifi in Schools and Limiting Its Risks”

“It’s tempting to check your Instagram once more before bed, but the blue light given off by phones, computers, and TVs affects levels of the sleep-inducing hormone melatonin more than any other wavelength. Try to turn all devices off a couple of hours before bedtime—or as early as you can—to give your brain a rest from the blue light.”

goop, “7 Steps to Better Sleep from the Body Whisperer” 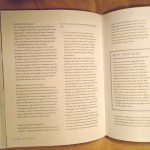 “Preliminary research has suggested that the radiation from cell phones and Wi-Fi signals could be detrimental to our health(and particularly so far children), linking it to changes in brain metabolism and to cancer. For that reason, experts on this front recommend limiting your exposure to cell phones and Wi-Fi….”
The ultimate beauty guide from the experts at GOOP –curated by Gwyneth Paltrow
First edition book, published December 2016. Released in Canada & USA December 27, 2016.”Wi-Fi Free Zone

“Lady GaGa..insists someone holds her communications device away from her head when she has to make a call.”

“A source said: “There have been various reports suggesting mobile phone use can increase your risk of developing cancer and brain tumours and even though there’s no firm evidence, it really freaked her out.

“She’s now insisting that whenever she makes a call, one of her team keys the numbers into her phone, then holds it up to her face so when she speaks it isn’t too close to her head.

“She then listens to her calls on the speakerphone.”

Her concerns about cell phone radiation are documented in the book “Lady Gaga: A Biolgraphy”

Tom Brady and his wife practice habits to reduce their exposure to wireless radiation, such as turning off electronic devices before bed.

“Create a good pre-sleep routine to relax. Train your body to get into a rhythm by going to bed at a regular time, and turn off all your electronic devices a half hour before you go to sleep. If there’s a TV in your bedroom, consider putting it somewhere else. It’s a bedroom, not a tech cave. My wife doesn’t even allow cellphones near the bed when we sleep.”

Miranda Kerr is a former Maybelline/ Victoria’s Secret model  married to  Snapchat co-founder/CEO Evan Spiegel.  He defended her in 2019 when he was interviewed and the reporter questioned her concerns about EMF. In a Bazaar layout she shares how she reduced EMF in her home.

In a Bazaar story, she shares images of her home an how she designed to turn EMF off at the bedstand.

Adele has made clear in multiple articles that she is not a “fan” of WiFi and its impact on our lives.

Celebrity chef Pete Evans has expressed his concern of the possible health effects of electromagnetic radiation emitted from our devices. He and his family has taken precautions to reduce their exposure.

‘We… turn off Wi-Fi at night at home and have our house EMF friendly,’ he wrote on Facebook in response to a follower’s question about ‘the dangers of Wi-Fi in our schools and houses’.

‘If people have not educated themselves on this yet, then I urge them to do so as well. EMFS are causing a lot of issues for people.’

Juhi Chawla is an Indian actress, model, film producer, and the winner of the 1984 Miss India beauty contest. She also is a leading celebrity raising awareness about cell phone and cel tower radiation. She was awarded the  prestigious Indira Gandhi Memorial Award in 2015 for her work on cell phone radiation. 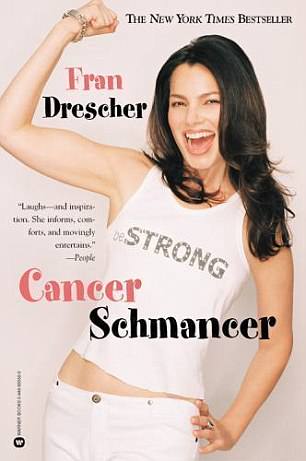 “For Fran, it’s about eliminating any possible risk — so she also encourages people to detox their homes.

‘Stop using your microwave, cordless phones,’ she said. ‘Shut your WiFi off when you go to sleep.

‘Let your brain regenerate without the interference of electromagnetic fields.’

Research on weather radiation from wireless phones and WiFi is still inconclusive. According to Time, the World Health Organization and the International Agency for Research on Cancer have labeled cell phones as a ‘possible carcinogen,’ which means more research is needed to know if they can cause cancer.”

Read the 2018 News Report EXCLUSIVE: Ditch your microwave, shut off WiFi while sleeping, and ONLY eat organic: Fran Drescher shares tips for how to detox your life to reduce the risk of cancer – as she celebrates 18 years of being free from the disease

“Putin confesses to not using a smartphone”

“This doesn’t stop him keeping in touch with his close friends though. 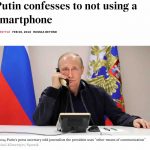 Putin was confirming what the public was told back in 2014 when his press secretary Dmitry Peskov told journalists the president uses “other means of communication.”

When Peskov was asked if Putin was inclined to send SMS messages to friends and receive a smiley in reply, he retorted by saying “every politician is lonely.” However, he was quick to add that Putin has close acquaintances.

Raffis is a renowned singer, children’s champion and supporter of a commercial-free childhood, “#LightWebDarkWeb,” takes a deep look at society’s unquestioning embrace children and technology. It covers the health, privacy, safety, security, social, societal, mental health and addiction issues from children’s use of social media and modern communications technologies.

“Lightweb Darkweb: Three Reasons To Reform Social Media Before It Re-Forms Us”

Irfan Khan is a movie star who has stared in over 50 films. He is internationally known for his role in the Academy Award winning film Slumdog Millionaire. (He also was in New York, I Love You  Jurassic World and Inferno as examples of his international work.)  In 2018, Khan was diagnosed with Neuroendocrine tumor. Khan has publicly spoken out and participated in protests regarding cell antennas in India. Please see the videos of a recent silent protest.

Khan said, “We all need mobile phones to work in this day and age. However, our mobile network towers need to be planned with better consideration to residential areas, parks, schools, hospitals etc. This is a dire need with today’s increasing health conditions leading to complications due to the radiation. Starting with simple symptoms like headaches, dizziness up to the diagnosis of cancer as witnessed in the Ushakiran building case and numerous other cases. We can only create awareness and urge people to join us in this moment.”